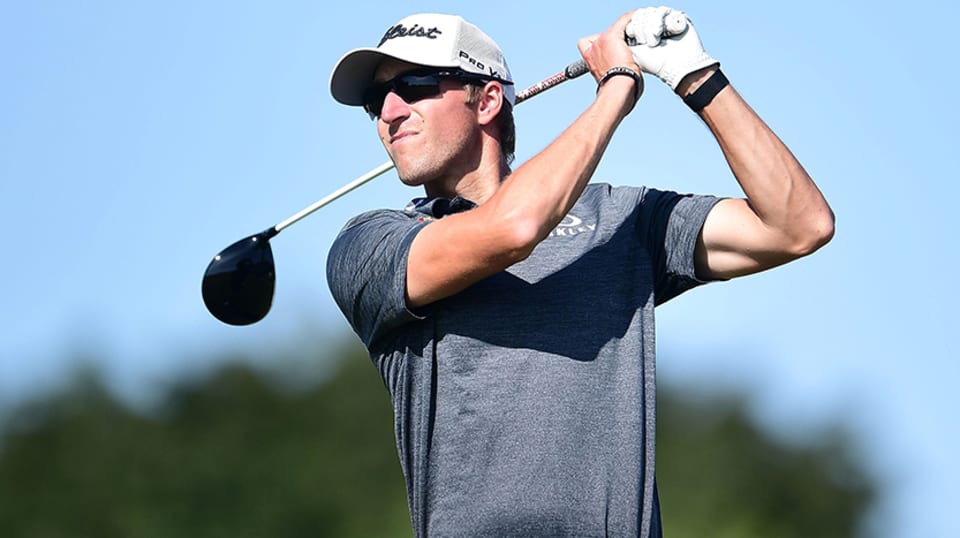 BLAINE, Minn. – Richy Werenski made a short birdie putt on the par-5 18th for an 8-under 63 to take the first-round lead Thursday in the 3M Open.

The 24-year-old Werenski is winless on the PGA TOUR. He broke a tie with Michael Thompson with his ninth and last birdie on the warm, windy afternoon at the TPC Twin Cities.

Dustin Johnson withdrew because of a back injury after a 78. His victory at the Travelers Championship in Cromwell, Connecticut, last month did not spark a post-shutdown surge. After posting back-to-back 80s last week at the Memorial Tournament presented by Nationwide for the highest 36-hole score of his pro career, Johnson’s first appearance at the 3M Open north of Minneapolis lasted just one round.

At the end of his first nine, Johnson started the 599-yard, dog-leg 18th hole with a solid drive off the tee. With 209 yards to get to the flag, he used his 6-iron for a shot — “perfect,” he said — that was swallowed up in the pond just short of the rough.

“Hit it right at it and never once did I think it was going to go in the water,” said Johnson, who did mention his back during a brief post-round interview.

His next two tries met the same fate. Three penalty strokes later, Johnson finally landed his ball on the green for a tap-in putt and a quadruple-bogey nine on the scorecard.

“Kind of the same last week. I just struggled with my iron play, and that makes it difficult,” he said.

Watney, who was the first PGA TOUR player to test positive for the coronavirus, at the RBC Heritage on Hilton Head Island, South Carolina, failed to make the cut two weeks ago at the Workday Charity Open in Dublin, Ohio, after a two-round score of 150.

The 39-year-old Watney, who has five career PGA TOUR victories, went back to the basics in practice last week — aim, balance, posture — while most of his peers played the Memorial.

“I’m trying to put that to bed, get past it and hopefully play some nice golf after coming down with that,” Watney said. “It’s great to be up here after playing a good round as opposed to just other things.”