Rachel Rohanna is the clubhouse leader midway through the second round of the Symetra Tour Championship in Daytona Beach, Fla. Second-round play was suspended because of darkness at 6:47 p.m. with 21 groups left on the course.

Rohanna, who played collegiately at Ohio State, shot a 65 in the second round to take a three-shot lead over Emma Talley and Kendall Dye, who followed up an opening-round 70 with a second-round 68. Talley completed just four holes in her second round before play was called.

The players in the morning wave completed their first rounds and then went back out on the course to begin the second round.

Yu Liu, the first-round leader, joined three other players at 5 under par.

The Symetra Tour Championship was shortened to a 54-hole event after the lingering effects of Hurricane Irma and 6 1/2 inches of additional rain rendered the course unplayable until Friday afternoon. 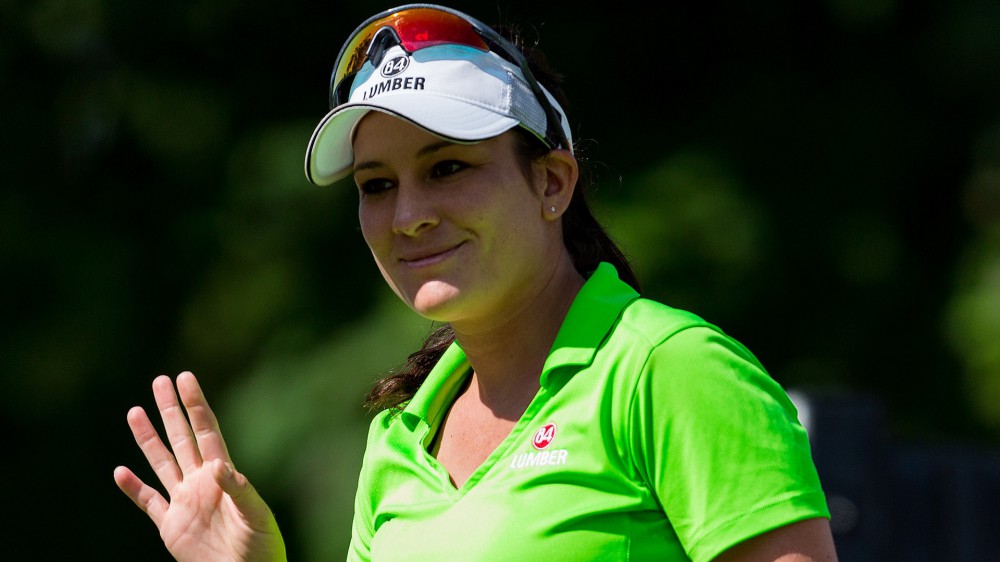 Justin Thomas’ putter has caught fire, but is it too late?

Davies rejects her own hall of fame bid