PUNTA CANA, Dominican Republic – Tony Romo bogeyed the first six holes and shot a 10-over 82 on Friday to finish last in his PGA Tour debut.

Romo followed the opening bogey run in the Corales Puntacana Resort and Club Championship with a double bogey on the par-4 18th. He birdied the par-5 fourth and par-4 sixth on the second nine, but had double bogeys on the par-3 second and par-4 fifth.

”I lipped out three or four putts early, some short putts that kind of got me almost a little bit pressing,” Romo said. ”I just didn’t hit the irons very good today. The back nine’s 4,000-some yards, so when you’re not hitting those, well you’re going to have tough shots.

”Short-sided a few times, made too many mistakes. So a lot of stuff to learn from, and in a good way. I’ll be able to kind of assess why I didn’t play as well as I wanted to and then you go attack it. In a month from now I think we’ll see things a little better.”

The former Dallas Cowboys quarterback had a 15-over 159 total – six shots worse than the next player on the leaderboard and 28 strokes behind leader Brice Garnett.

”I think more than anything having a chance to play out here shows your weaknesses and your strengths and the stuff you have to go work on,” Romo said. ”I’m a month and a half into it, so I’m anxious to see now because I kind of have an idea of where I really need to put my time in as far as to get better and scoring. I’m hitting the ball fine, you just have to score.”

Romo opened with a 77. Now an NFL analyst for CBS Sports, he received a sponsor’s exemption to the tournament and played as an amateur. The event has one of the weaker fields of the year because it is held opposite the World Golf Championships event in Texas.

”The putting’s a big thing,” Romo said. ”I could see that you can tell that the speed control, a lot of little things. We hit the ball fine. We’re going to be fine with contact, I don’t feel out of place with that. I just feel like a lot of little stuff. I’ll tug an iron on a hole that you really can’t because you’re going to be downwind short-sided and you’re making a double.”

”There’s so much golf left, 36 holes, and especially out here guys are going to make charges from way back,” Garnett said. ”A lot of birdies are out there. So I’ll just keep my head down, keep plugging and try to have a solid weekend.” 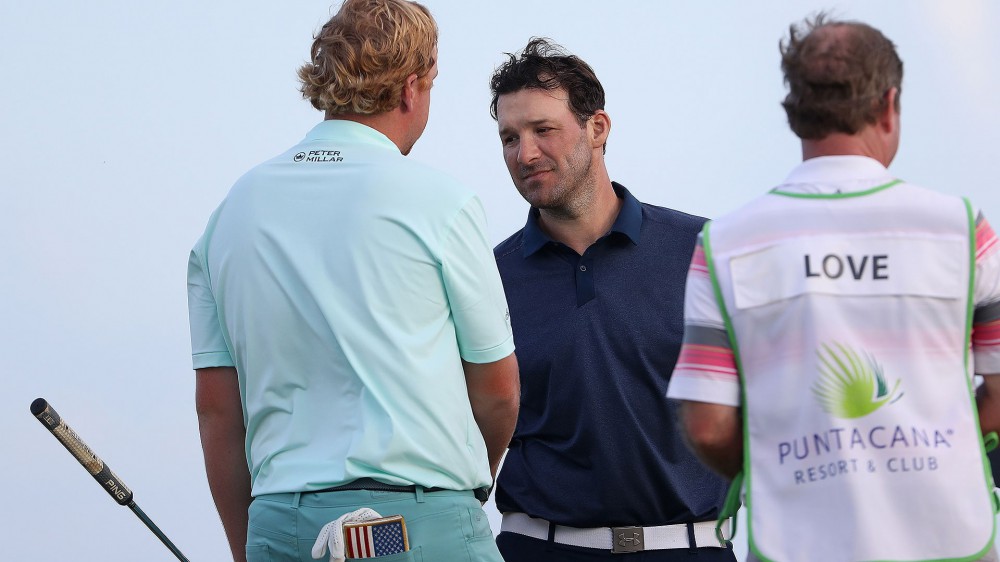 Remembering the final round of the 2019 Masters