Rory encouraged by T-20: 'Didn’t quite reflect how I played'

LOS ANGELES – Rory McIlroy sees plenty of reasons to smile despite the fact that the first half of his 2018 Masters prep has officially wrapped without lifting a trophy.

After an injury-plagued campaign last year, McIlroy set out an ambitious schedule that called for eight worldwide starts before heading down Magnolia Lane. He started off with a pair of near-misses in Abu Dhabi and Dubai, then followed last week’s missed cut at Pebble Beach with a T-20 finish at the Genesis Open.

McIlroy birdied his final two holes to close with a 3-under 68 at Riviera Country Club, his lowest score of the week. He explained that a “destructive” tee shot on the 12th hole Saturday led to a double bogey and stunted any potential momentum, but he remained encouraged after closing the week on a high note.

“I feel like the position that I finished didn’t quite reflect how I played,” McIlroy said. “I feel like I played better than finishing whatever it is, 25th or whatever it’s going to be. I feel good about my game, just need to sharpen up a couple little areas here and there. But for the most part it’s been OK.”

McIlroy will now head across the country to tee it up in the Honda Classic, where he reached world No. 1 for the first time with a win in 2012 and also lost in a playoff in 2014. Although he continued to tinker with his putter this week following a mediocre effort on the greens at Pebble Beach, he believes that some of his putting woes may be solved simply by swapping out tricky poa annua surfaces for more familiar Bermuda greens.

“It was nice to play sort of early the last couple days, the greens didn’t get too crusty or too bumpy. I felt like even coming down the last few holes there, they were still good surfaces,” McIlroy said. “Nice to get back onto Bermuda and surfaces being a little truer than what we’ve experienced the last couple weeks.” 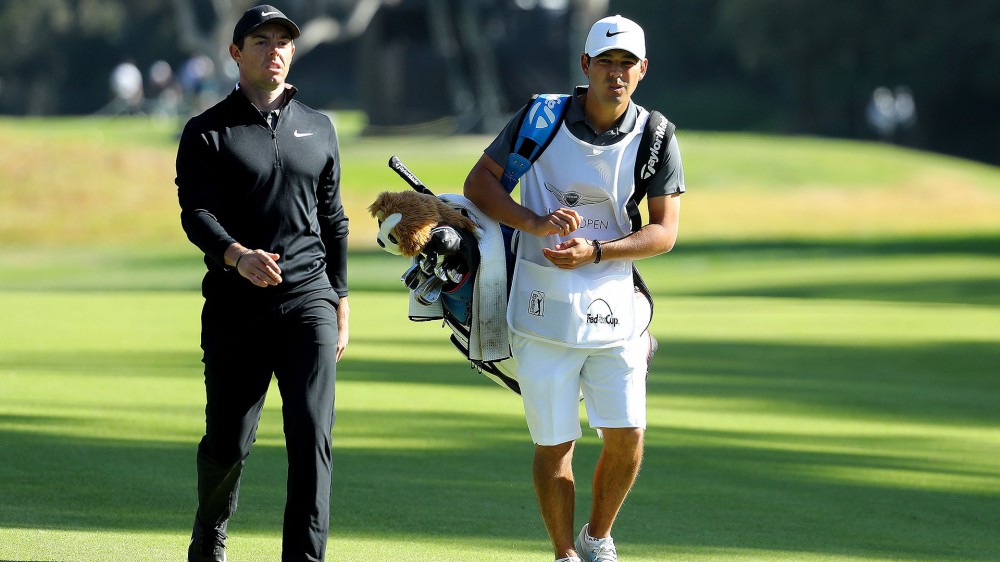