CHARLOTTE, N.C. – Rory McIlroy started his second round Friday with a most unorthodox par thanks to a creative play off a Quail Hollow cart path.

McIlroy’s tee shot missed the fairway to the right at the par-5 10th, and his second shot rolled down a service road that leads to a low area between the 11th tee and fairway.

When he took relief from the path, he was left with a window and a cement ramp back to the 10th green.

So he took out a 6-iron, punched his ball into the cart path, skipped it through a greenside bunker, and had it trundle across the putting surface into the rough.

“It was really the only option I had,” he said. “I dropped it in a pretty bad lie, so I couldn’t carry it over the cart path. So I hit a 6-iron. Just said, ‘OK, I’ll bounce it up the cart path and see where this goes.

“I was just trying to get it in the bunker, and luckily I hit it with enough speed, and it got up and out of there.”

McIlroy proceeded to nestle his follow-up chip to 2 feet and clean up for his five.

“That could have been a six or a seven quite easily,” he said. “So to actually get away with a five, I actually felt pretty good about myself going to the next tee.”

The Ulsterman went on to play the rest of his opening nine a bogey-free 1 under before adding four bogeys and two birdies on his home half for a Friday 73.

He’ll enter the weekend 2 over for the championship. 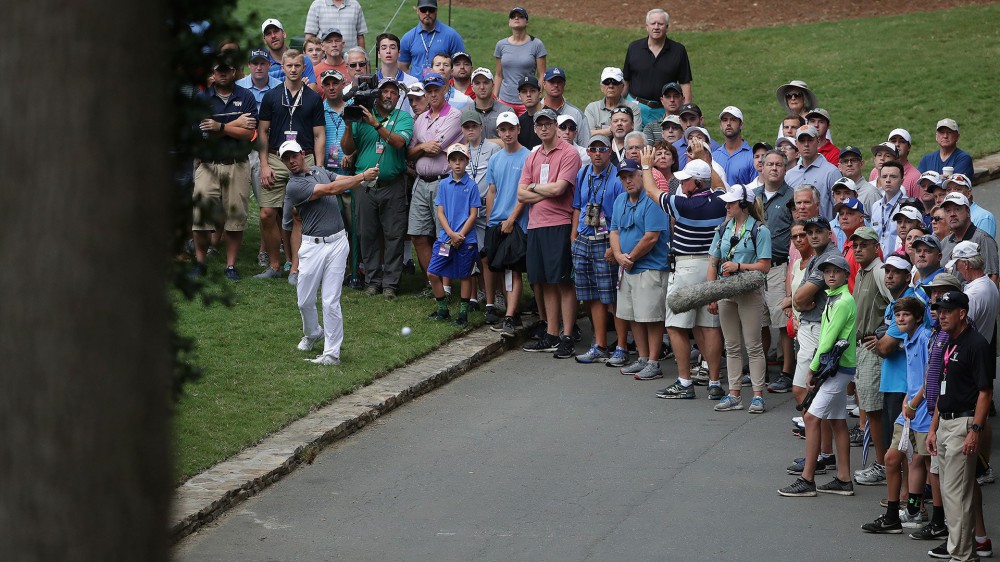