If his ball speed, bench press reps, and recent scores posted on his home clubs mean anything, U.S. Open champion Brooks Koepka hasn’t lost much in the three months he didn’t touch a club.

Instructor Claude Harmon III monitored Koepka’s swing this past weekend at The Floridian on Trackman, posting for all to see on Twitter. Harmon described the numbers as, “pretty much like they always are.” For the overpowering Koepka, that means ball speeds cruising in the high-170s and low-180s. “I was absolutely blown away at how good it was,” Harmon said.

So was performance coach Joey Diovisalvi in his gym when Koepka ripped off 10 reps with 225 pounds on the bar, and another 17 reps at 135 pounds. “The guy’s a powerhouse,” Diovisalvi said. “He’s strong as an ox right now.”

If there’s a difference in Koepka, it’s an increased appreciation for the game after being away from competitive golf this long. Keep in mind that the 27-year-old was hoping to return for the Masters. He was never one to watch golf on TV. But he was “glued” to the flat screen, watching the final round at Augusta. To prove his attentiveness, Koepka went through a shot-by-shot replay of the back nine with Harmon.

“I’m so ready to play golf,” he told Harmon.

That opportunity begins Thursday, when Koepka buddies up with Marc Turnesa in the Zurich Classic of New Orleans for his first official round in 109 days. Koepka finished T-5 in last year’s two-man team competition with younger brother Chase, who is following his sibling’s footsteps by playing his way up the world rankings through the European Tour. The reigning U.S. Open champion would have repaired with his brother, but didn’t know until last Wednesday that the tendon injury to his wrist would respond to tournament stress. By all accounts, it will.

“I told him the first call I’d made was to (Ryder Cup captain) Jim Furyk to tell him you were going to be ready for Paris,” Harmon said. Based on his 3-1-0 record in his Ryder Cup debut at Hazeltine in 2016, those are words Furyk was hoping to hear. Koepka dropped from first in the point standings after winning the National Open at Erin Hills last summer to seventh, so the Ryder Cup points on offer this week are added motivation.

There are, however, no world ranking points available at TPC Louisiana. The tradeoff of the two-man team event is that it represents a decompression chamber compared to 72 holes of stroke play at a regular Tour event.

But Koepka has said he feels like he can win right away and to do that he may need to carry Turnesa, who has played only one event on the PGA Tour this year, is ranked 1,929th in the world, and is pursuing a career in real estate.

Koepka called Turnesa last Wednesday, asking, “What are you doing next week? Do you want to go play New Orleans?”

The 40-year-old Turnesa, the last of the Turnesa family still somewhat involved in competitive golf, responded by saying, “I don’t know, I’ve got real estate going on. You know, I haven’t played any golf at all.” Koepka said, “Well, start practicing.”

Thinking about it further, Turnesa realized, “The reigning U.S. Open champion is asking me to play an event with him.”

So he called back Koepka, wanting to make sure he wasn’t returning too soon, that his health was the important thing. They were scheduled to fly into New Orleans via private jet on Tuesday.

“Amazing gesture,” Turnesa said. “I’m glad I committed, but he had to scroll pretty far down the alternate list to see my name.” 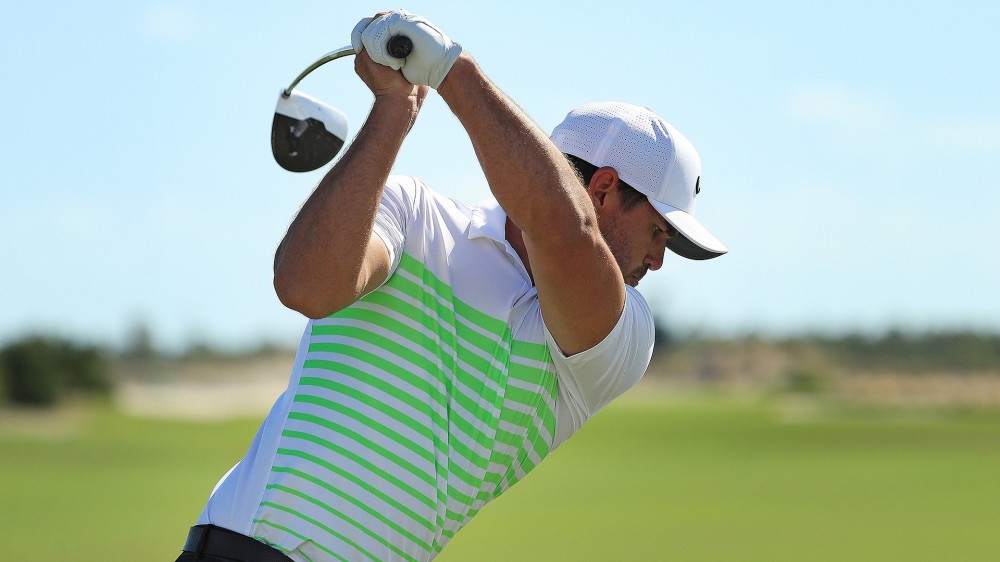