Justin Rose put on an absolute clinic and easily won the Fort Worth Invitational on Sunday. Here’s the lowdown from the final round at Colonial.

What it means: Rose started the day with a four-stroke lead and cruised to his ninth PGA Tour title. And it could have been even better. After a front-nine 30, Rose missed birdie putts from 5 feet on No. 10, 11 feet on 12 and 7 feet on 13. Rose also made a mess of 18 with a sloppy bogey that ended a chance at breaking Zach Johnson’s tourament scoring record (21-under 259 in 2010). Despite a great effort by Koepka (63) the win was never in doubt, and now the 2016 Olympic gold medalist and No. 5 player in the world is peaking just in time for a run at a second U.S. Open title. It’s his second win of the season after he rallied from eight back to stun Dustin Johnson at the WGC-HSBC Champions in November. Rose tied Sir Nick Faldo for most career PGA Tour wins by an Englishman in the last 75 years.

Round of the day: Kevin Na had a wild week. He opened with a 62, and then he capped off the week by tying the course record Sunday with a 61. Na played a flawless final round with nine birdies and no bogeys, and he recorded his second top-10 finish in a row after a T-6 at the Byron Nelson.

Best of the rest: Judging by his last two starts, Brooks Koepka seems to be over his wrist injury. He tied for 11th at The Players, and the reigning U.S. Open champ rebounded from an opening 70 with rounds of 63-67-63 for a second-place finish. He also finished second to Rose at the WGC-HSBC Champions.

Biggest disappointment: While he certainly didn’t play terribly, Jordan Spieth never got anything going and had another lackluster week in front of a home crowd. After a T-3 in Houston and a third-place finish at the Masters, Spieth missed the cut at the Zurich, tied for 41st at The Players, tied for 21st at the Nelson and tied for 32nd at Colonial.

What a shot.
What a finish.

Quote of the Day: “To win on a golf course like Colonial I couldn’t be more proud.” – Rose 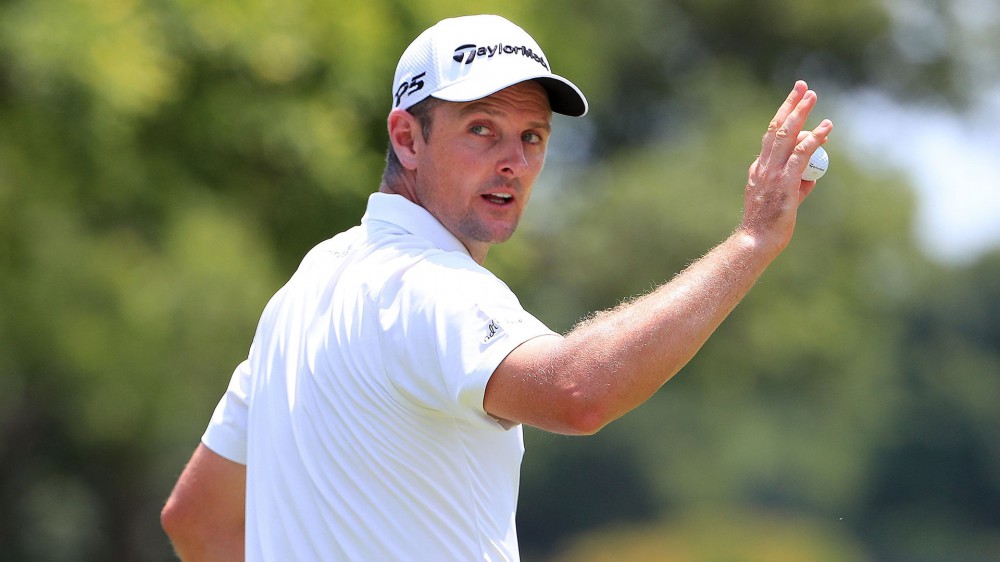