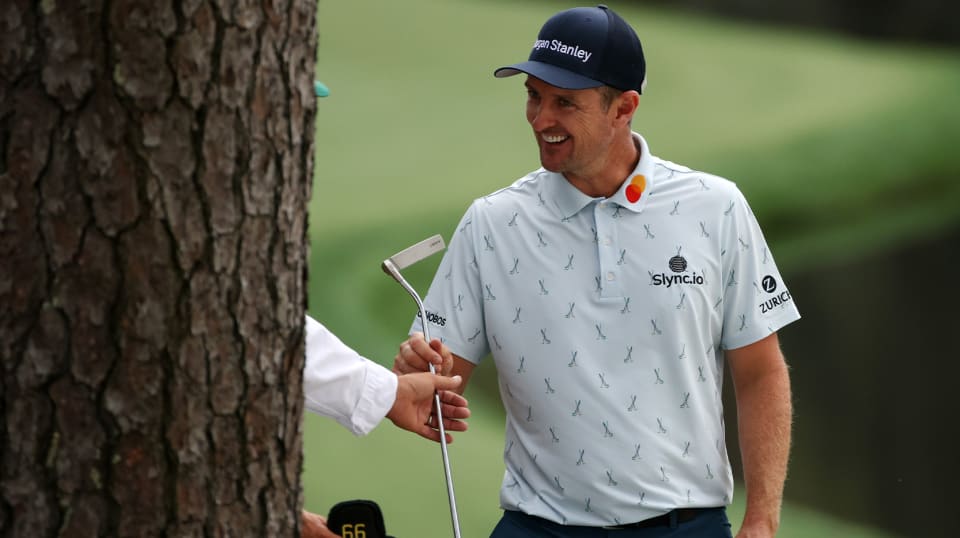 A quick look at the opening round of The Masters, where a firm and fast Augusta National bedeviled players.

Justin Rose (65): He was 2 over par for his first seven holes but played his next 10 holes in 9 under par, including an eagle at the par-5 eighth hole. Rose has had success at Augusta National – including two runner-up finishes – but this round was a bit unexpected. Not only was Augusta National playing difficult, but this was his first competitive round since he withdrew with an injury halfway through last month’s Arnold Palmer Invitational presented by Mastercard. Rose entered this week ranked 164th in the FedExCup, with just two top-25s (and no top-10s) in seven starts this season.

TOUGH STUFF: The patrons were back at Augusta National for the first time in two years but there weren’t many roars because birdies and eagles were tough to come by. Firm and fast conditions – and an inconsistent, swirling breeze – made things difficult for players. “(It) started off as a nice casual stroll around Augusta and turned into a roller coaster pretty quickly there on the back,” said Kevin Kisner, who shot 72. “It’s a super stressful grind is the best way to describe it.”

WAKE UP: It was a good day for Wake Forest alums at Augusta National. Both Webb Simpson and Will Zalatoris shot 2-under 70. Simpson is one of just four players to finish in the top 10 in the past two Masters. Zalatoris, who’s one of just three professionals making his Masters debut this week, made eagle on 15. No Masters first-timer has won since Fuzzy Zoeller in 1979.

PAIR OF ACES: Tommy Fleetwood made an ace on the 16th hole, giving him an ace in each of his last two tournaments. Fleetwood also made one in his Round of 16 match with Dylan Frittelli at the World Golf Championships-Dell Technologies Match Play.

JORDAN SPIETH (71) – The winner of last week’s Valero Texas Open and former Masters champion was able to break par Thursday despite a triple-bogey at the ninth hole. According to Justin Ray of 15th Club, Jordan Spieth has finished in the top three every time he has broken par in the first round of the Masters.

JON RAHM (72) – Rahm didn’t arrive at Augusta National until Wednesday and hadn’t touched a club for several days after the birth of his first child, but he put together a solid opening round. Rahm has finished in the top 10 in the last three Masters, the second-longest active streak. “Even though I didn’t do much golf-related from Friday to Monday, the work is done before, right?” he said Thursday. “So I just need to come in here healthy, good mobility when it comes to the body, and then the right mindset.”

DUSTIN JOHNSON (74) – The defending champion is trying to be the first player since Tiger Woods in 2001-02 to win back-to-back Masters. He made his defense more difficult, however, by playing his final three holes in 3 over, including a double-bogey on the 18th hole.

BROOKS KOEPKA (74) – Walking Augusta National’s hills are difficult for Koepka after a recent surgery but he said he can still contend this week. He bogeyed four of the first five holes on the second nine but bounced back with birdies at Nos. 15 and 16. “It was fine,” Koepka said about his knee. “I just didn’t play good.”

RORY McILROY (76) – McIlroy’s quest to complete the career Grand Slam may have to wait another year. The two-time FedExCup champion, who is in the midst of swing changes under new coach Pete Cowen, struggled Thursday. His approach shot on No. 7 even hit his father, Gerry. “I think any time you’re working on things with your swing, it’s going to feel very different, but it’s not as if I haven’t done these things before,” Rory said. “You get into these bad habits and that feels normal, and then you get it back into position where I’ve been a million times before and it just feels a little different, right.”