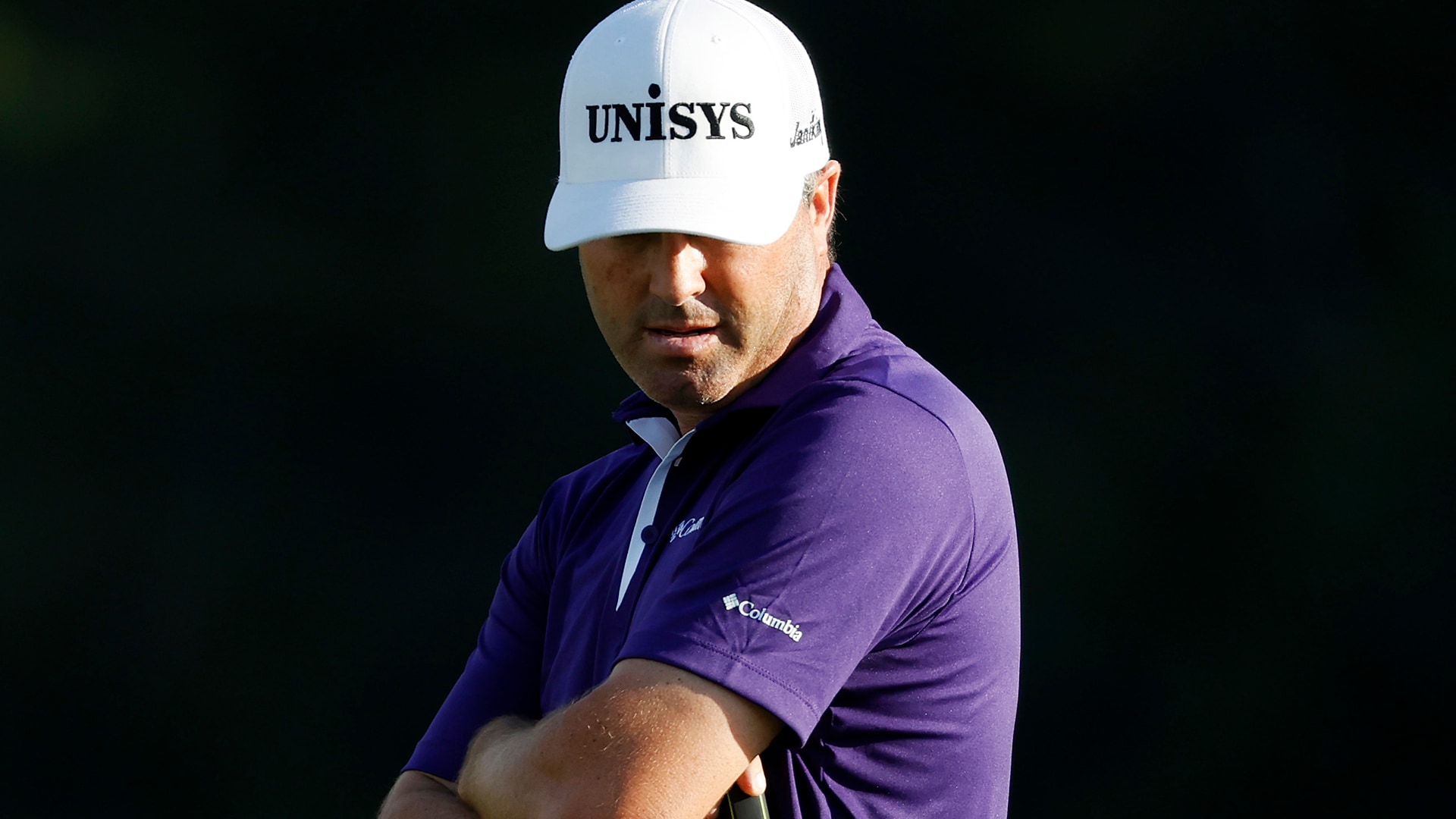 Ryan Palmer avoided a potential penalty Saturday at Kapalua to keep his share of the lead entering Sunday’s final round of the Sentry Tournament of Champions.

The incident in question came on the Plantation Course’s par-5 ninth hole, where Palmer flubbed a chip before kicking a divot in disgust. At the time, Palmer said he didn’t think anything of it; he made par on the hole as part of a 9-under 64 to tie Harris English for the 54-hole lead at 21 under.

But when Palmer arrived at scoring after his round, PGA Tour rules official John Mutch informed Palmer that he could be in possible violation of Rule 11-3, which states that “While a ball is in motion, you must not deliberately alter physical conditions or lift or move a loose impediment or movable obstruction to affect where the ball might come to rest.”

When Palmer kicked the divot, his ball was still rolling back toward him.

“He showed me the video and I said, ‘What am I looking at?’ We had to watch it twice to understand what he was talking about and discuss that I kicked a divot but the ball stopped 5 feet away from me,” Palmer said. “There was no intention of me trying to help my ball because there was no way my ball was even close to where I was at. I was just discussing with [my caddie] James [Edmondson], I hit the wrong wedge on the chip shot, in disgust, and then when I got there, I just kind of did the old kick the divot, pissed-off motion and the ball stopped 5 feet away from me.”

After hearing Palmer’s explanation and discussion with Palmer’s playing competitor Collin Morikawa, Mutch determined that there would be no one-shot penalty because Palmer did not intend to gain an advantage by kicking the divot.

“It could be construed either way,” Golf Channel’s Justin Leonard said. “You have to take Ryan Palmer for his word.”