There will be a new No. 1 when the newest Rolex Women’s World Rankings are released, according to the Rolex rankings projections released Sunday by the LPGA.

Sung Hyun Park will ascend to the top spot, ending So Yeon Ryu’s 19-week run as No. 1.

Park did not play in this weekend’s Toto Classic in Japan, where Shanshan Feng successfully defended her title, but Ryu’s tie for 33rd there altered the rankings enough to vault Park ahead of her.

“I don’t really care about it,” Ryu told Reuters after Sunday’s round. “It’s just a title. It’s great to be No. 1, of course, but the more important thing is how I’m playing for the present. I care more [about that] than my ranking.”

Ryu played through a sore right shoulder in Japan, according to Reuters, and said she may seek a doctor’s consult in the coming week.

Ryu still leads the Rolex Player of the Year points standings with two events left in the season. She has 162 points to Park’s 148 and Lexi Thompson’s 147. A victory is worth 30 points in each of the remaining two events. Park is scheduled to play next week at the Blue Bay LPGA in China while Ryu and Thompson are taking the week off. All three are scheduled to play in the season-ending CME Group Tour Championship in Naples, Fla. 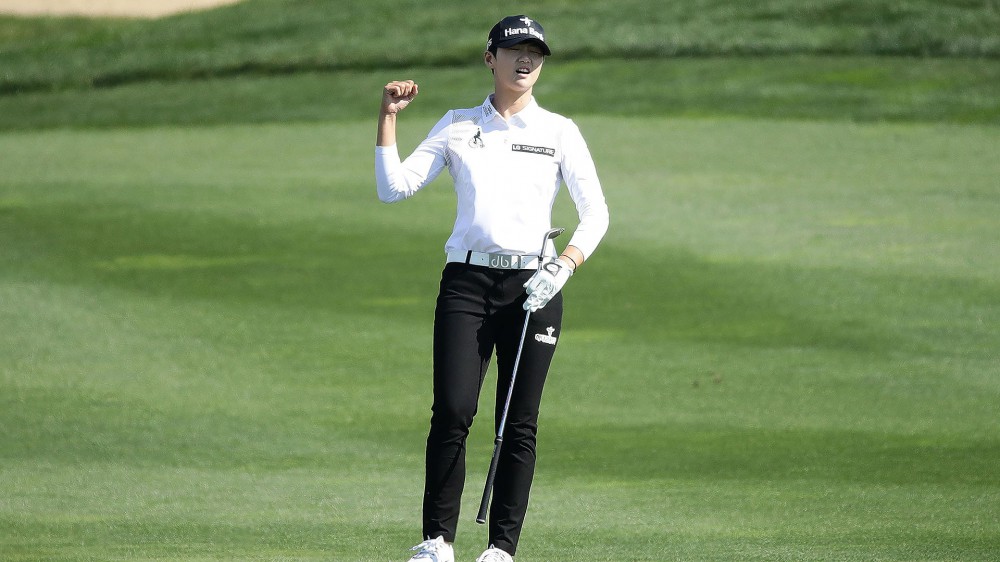 Watch: Cook holes out, walks off

Spieth, Reed trash-talk each other