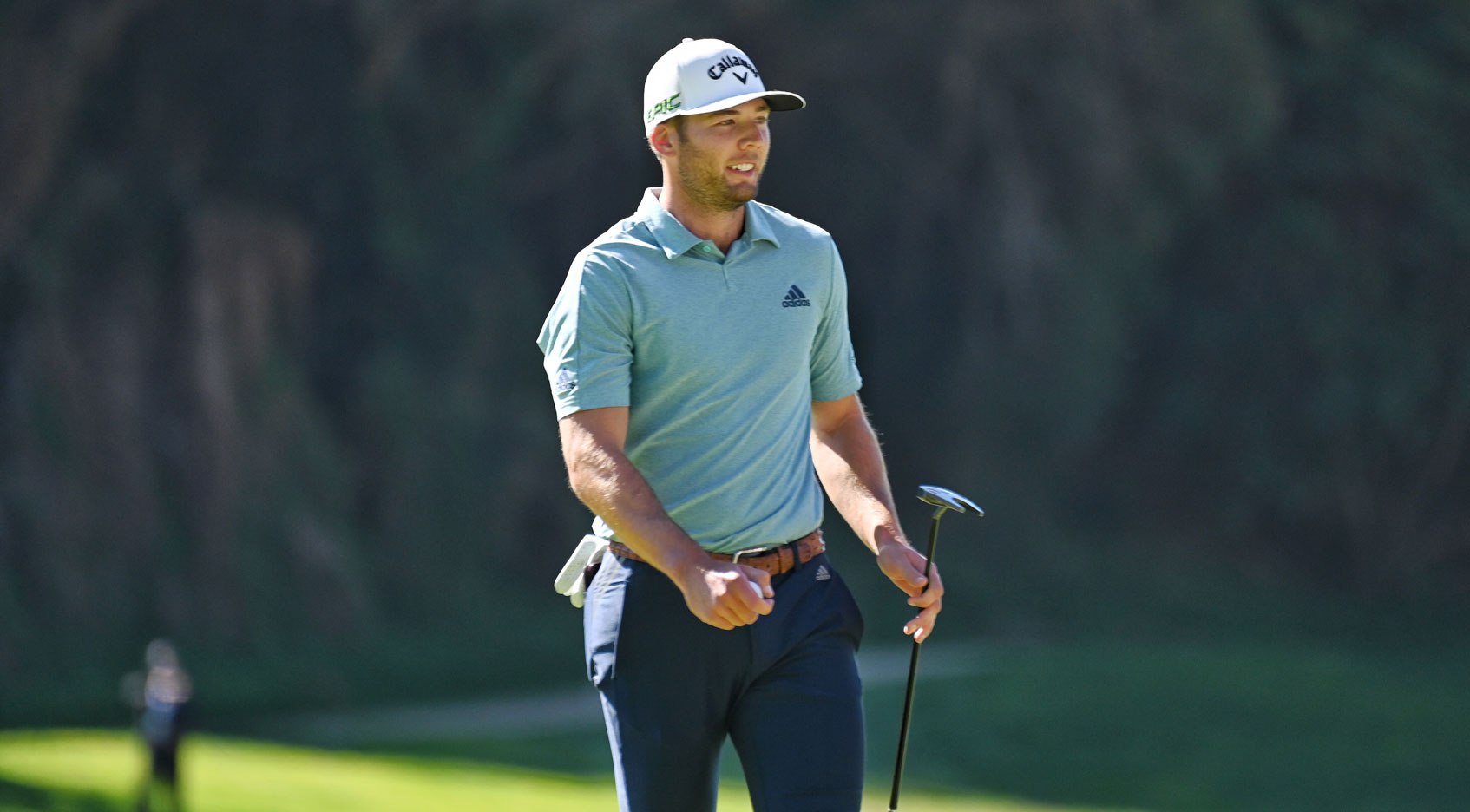 LOS ANGELES — Sam Burns wanted to pay respect to tough Riviera by playing it safe. It led to a 5-under 66 on Friday to tie the 36-hole record at The Genesis Invitational and build a five-shot lead going into the weekend.

Among those chasing is Dustin Johnson, the reigning Masters and FedExCup champion and a past winner at Riviera. Another shot back was Jordan Spieth, who is starting to make himself at home near the top of the leaderboard.

Burns kept his bogey-free day intact toward the end of the round when he came up short of the eighth green, his 17th of the morning. He chipped it about 10 feet short — anything too strong could lead to big trouble — and made the par putt.

He also handled two of the par 5s, and picked up so much roll on the firm turf at the 476-yard 12th hole that he had only a pitching wedge into the green and made a 5-foot putt.

“Whenever we were kind of in a tricky spot, just kind of took what the golf course gave us,” Burns said. “There’s definitely times where I’ve tried to force it a little bit, but this just is not a golf course you want to do that.”

Burns was at 12-under 130, matching the record last set in 2004 by Mike Weir and Shigeki Maruyama.

Johnson led a group at 7-under 135 despite playing the three par 5s in only 1 under for the week. Part of the problem is that Johnson has hit only one fairway on the par 5s. That was the final one he played Friday, the 17th, and it set up a simple up-and-down that moved him a little closer.

He also has a simple solution to improve his par-5 performance.

“Drive it in the fairway,” he said. “I feel like I’m playing really well. Just need to get a little bit more out of the rounds.”

Joaquin Niemann finished with eight pars for his round of 68 and was five shots behind. He and Johnson were joined by Tyler McCumber and Jason Kokrak, who each shot 68 in the morning.

McCumber is the miracle worker this week. His finger got caught trying to open a window is his hotel room Tuesday, and his best option was for a doctor to remove the nail on his left index finger. He did that Wednesday, hit about five balls and figured he could give it a shot.

“It’s pretty wild how quickly the body does adapt to things,” McCumber said. “I thought it was a little better today just to focus on the golf and not really worry about the finger.”

Riviera injured some of the games best players.

McIlroy had the PGA TOUR’s longest active cut streak at 25 events dating to the 2019 Open Championship at Royal Portrush. The streak now belongs to Xander Schauffele at 22.

Burns is a 24-year-old from LSU who has what it takes to win when it falls into place. He tied for sixth at the Barbasol Championship when he was still an amateur, and it took him only one year on the Korn Ferry Tour before he was in the big leagues. Now it’s a matter of breaking through, and he’s off to a strong start at Riviera.

“I’d like to think that I have all the tools to win out here,” Burns said. “There’s a lot of good players — really, really good players. I try not to get caught up in that and just trying to get better each week.”

Riviera is playing fast and difficult this year with such beautiful weather and occasional gusts of wind. Aside from Burns and his great play over 36 holes, no one else was better than 7-under par.

Ten players in the 120-man field had two rounds in the 60s while playing in ideal weather.

“It’s one of those rare weeks where you can’t get away with firing at flagsticks,” Spieth said. “There’s not much rough, but when you get in the rough it takes the spin off enough to where you can’t get into pins. A lot of times when you miss the greens, it’s harder to get it closer than where you could have hit your approach.

“It’s such a different experience from what we normally have on TOUR.”

Spieth was three shots behind going into the weekend in the Phoenix Open, shot 61 and shared the 54-hole lead. He tied for fourth. Last week at Pebble Beach, he had a one-shot lead after 36 holes and led by two going into the final round before tying for third.

Now he’s six shots behind Burns, but in reasonable position on the leaderboard. It’s an upward trend.

“It’s not like you can go chase people on this golf course,” Spieth said. “So I’m happy with where I’m at, but just eliminate a couple of the minor mistakes here and there and try to keep clean cards on the weekend and let the rest of it take care of itself.”