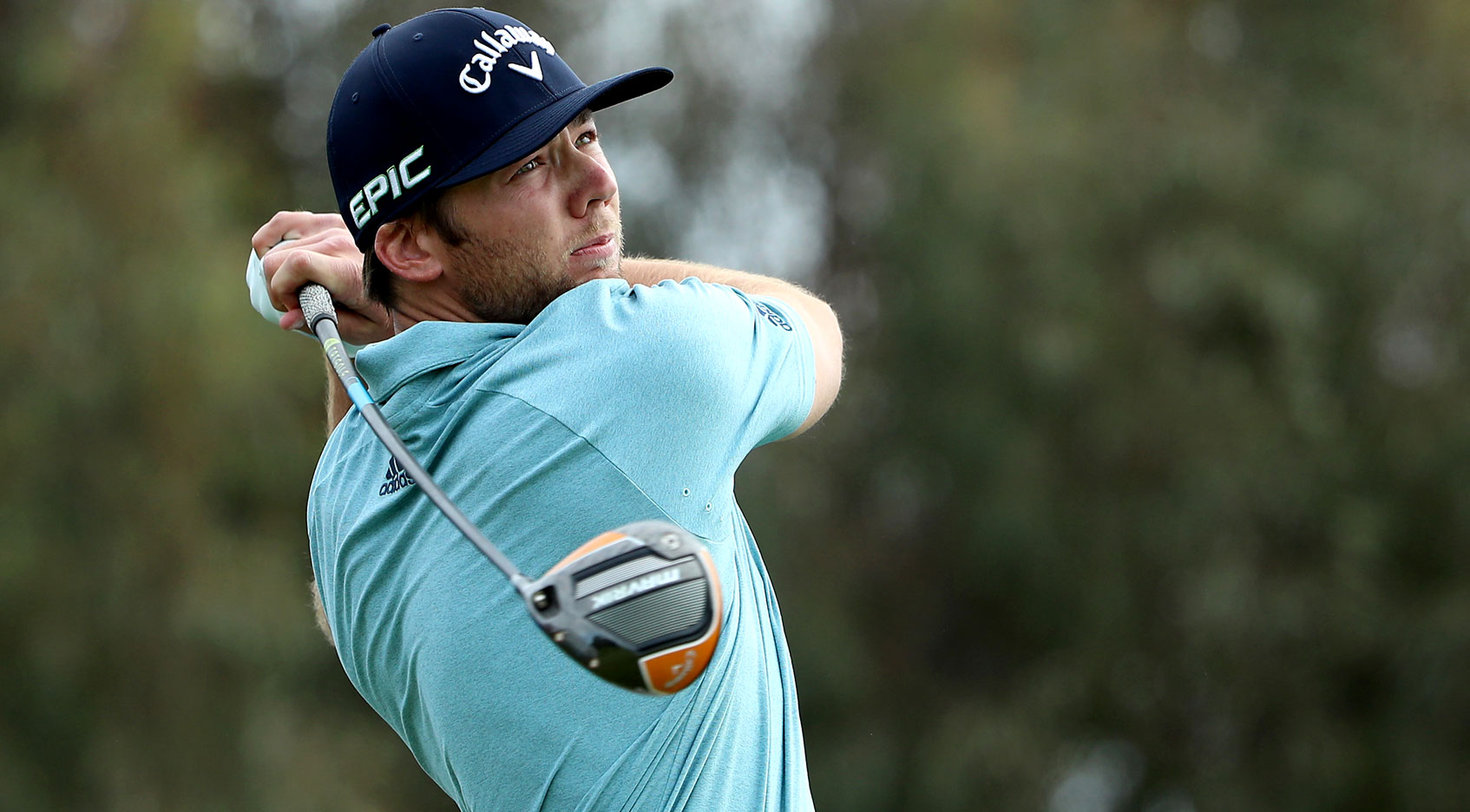 LOS ANGELES — Sam Burns had the ideal start at The Riviera Country Club. His finish was even better.

RELATED: Leaderboard | Willie Mack III holds his own at The Genesis Invitational

Burns opened with an 18-foot eagle putt and closed with three straight birdies Thursday in The Genesis Invitational, giving him a 7-under 64, the third time this season he has shot 64 in the opening round.

The 24-year-old Burns is still looking for his first PGA TOUR victory. On one of the best courses of the year, against another stacked field, it was a good first step.

“This golf course at times doesn’t offer you a lot of opportunities,” Burns said. “So I think just with that mindset going in we were just going to take what we could get.”

He had a two-shot lead over Matt Fitzpatrick and Max Homa, who grew up 30 miles away in Valencia and used to attend the PGA TOUR event at Riviera as a kid.

Patrick Cantlay, coming off chances to win in Palm Springs and Pebble Beach, extended his run of good play with four birdies on his back nine and was in a large group at 67.

Dustin Johnson, who has played Riviera as consistently well as anyone over the last 10 years, couldn’t take advantage of the par 5s and still scrapped his way around to a 68, mainly by taking five putts over the last six holes.

“You can’t ask for a course in better shape,” said Johnson. “The greens are perfect. It’s firm and fast. This golf course plays really difficult when it’s firm and fast. You have to be in the right position or you’ve got no chance.”

Also at 68 were Brooks Koepka, coming off a victory two weeks ago in Phoenix, and Jordan Spieth, who had at least a share of the 54-hole lead the last two weeks as he tries to end a slump that dates to the 2017 Open Championship.

Riviera has a reputation of playing tough even as the game evolves. The 72-hole record, 20-under 264 that Lanny Wadkins set in 1985, has stood the longest of any PGA TOUR event.

It was tough enough for Justin Thomas, wo opened with a 77 despite birdies on two of his last three holes. Thomas also had three double bogeys, two of them when he three-putted from inside 6 feet (one was a four-putt).

Bryson DeChambeau had a 75.

Tae Hoon Kim, who won the Genesis Championship on the Korean PGA last fall to earn an exemption, had the wildest day of all. He started by laying up on the short par-4 10th, which proved a smart play with such firm conditions, and made it pay off with a 10-foot birdie. He holed a bunker shot next to the green on the par-5 11th for eagle.

Kim made another eagle with a hole-in-one on the 16th hole. He had another eagle attempt from 40 feet on the fringe at the par-5 first, just missing for a tap-in birdie to reach 5 under.

And then he dropped four shots on his next three holes and wound up with a 69.

Burns kept a steady hand, dropping shots only on the par-3 sixth when he came up short of a front pin, and at the tough 12th hole into a stiffening afternoon breeze when he found a front bunker.

He made enough birdies in the middle of his round to atone for a few mistakes. And mistakes were never too hard to find.

“It was one of those days where it’s just as easy to shoot 2 or 3 under as it is to shoot 2 or 3 over,” said Rory McIlroy, who had to settle for the latter after a 73. “There’s a couple of good scores out there, but you didn’t have to do too much wrong to be hovering around even par and be on the other side of it.”

“It’s a great start, couldn’t ask for any better,” Fitzpatrick said. “I feel like I struggle a little bit on poa annua, so to see them how they are this week, so firm and fast, they’re as true as I’ve ever seen. It’s a big advantage of me.”

The 10th hole, among the best short par 4s in America, created plenty of challenges. In the morning, Cantlay missed his target by 2 yards and was in just a bad spot that he played some 60 feet away from the flag. In the morning, Spieth thought he was in a good spot until he saw a palm tree in his way.

Going to the right was dangerous. So was going to the left. He thought about going under a tree. Ultimately, he went left and pulled it off to perfect. “Couldn’t do that again with a bucket of balls,” he told his caddie.