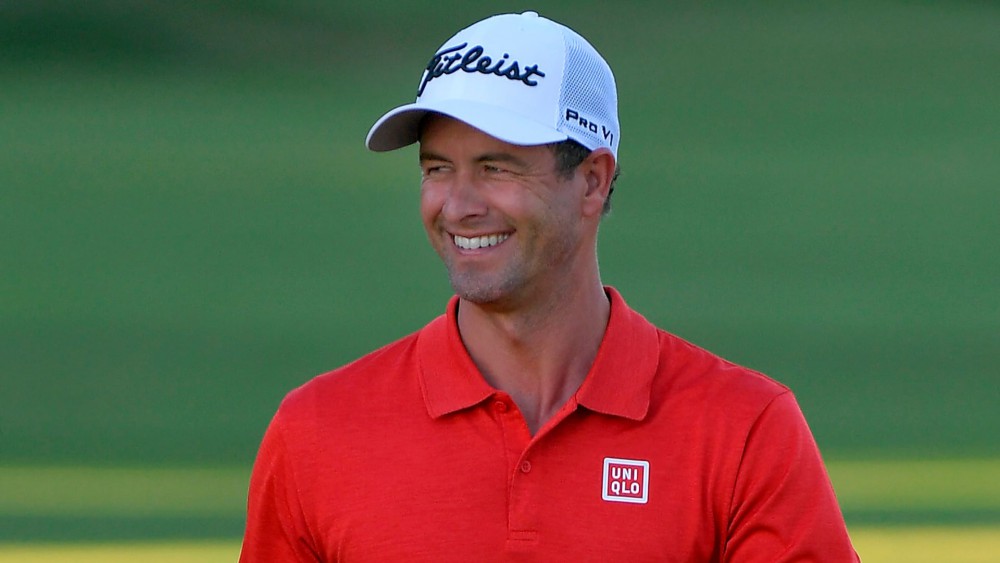 SAN DIEGO – When it comes to putting, Adam Scott is no stranger to change.

The man who won the Masters with a long putter has largely struggled to find his footing in the post-anchoring world, turning to any number of new putters and techniques to get his short game to match his elite ball-striking. That search continues this week at the Farmers Insurance Open, where Scott showed up to Torrey Pines with a type of arm-lock putter, where the grip is pressed against the inside of his left forearm.

Throw in the added variable of leaving the flagstick in without penalty, which Scott largely plans to do, and it’s a recipe for a new approach. But the former world No. 1 threw his gameplan out the window halfway through his opening round – a move that may have saved his week in San Diego.

Scott endured a three-putt from inside 7 feet on the fifth hole and was 1 over through seven. By the eighth hole, he called an audible. Still using the same putter, he opted to go back to using a familiar claw grip with his right hand.

“I’m just not going to fight myself on the course,” Scott said. “It started out really good, and then all of a sudden it wasn’t looking as good for a couple putts. And I just said, ‘I can’t be bothered having to fight out there for the next nine holes. I’ll just claw it.’”

The results turned around rather quickly, as Scott birdied four of the 11 holes he played with the claw grip. That included one on the par-4 10th with the flagstick out, as well as birdies on Nos. 17 and 18. In fact, Scott closed his round with four straight one-putts to turn a struggling afternoon into a 2-under 70 on the more difficult track.

“It started good, and then I started thinking for a couple holes,” he said. “And then I switched off again and then it felt good. It’s hard off one round exactly, but I saw some good stuff. The round could have gone the other way.”

Scott plans to continue using the claw method during his second round on the easier North Course, and he will continue to leave the flagstick in for most of his putts, viewing it as somewhat of a backboard. As it turned out, his decision to pull the pin from 14 feet on No. 10 was less strategy than a slip.

“I think I just forgot to ask them to put it back in,” he said. “I just forgot. Basically just been leaving it in for everything.”