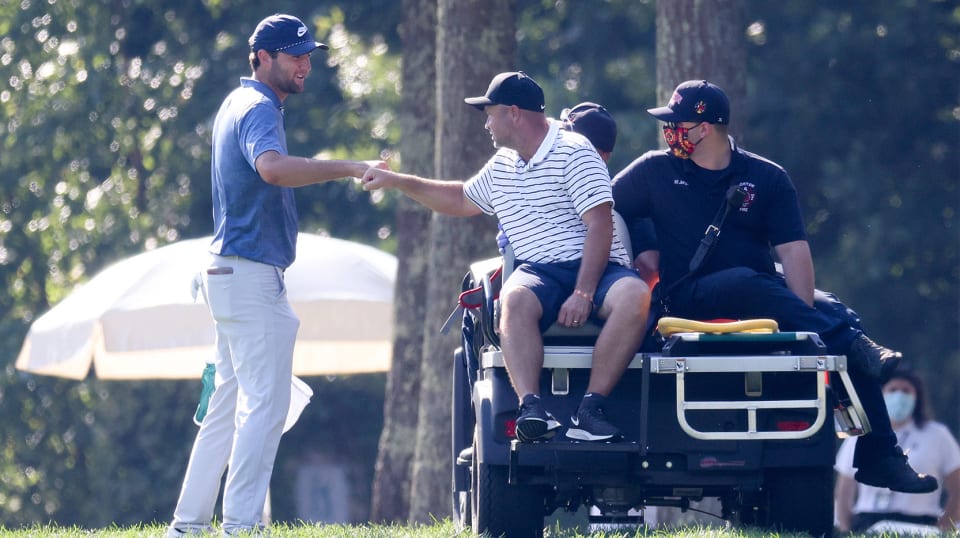 NORTON, Mass. – There’s not a lot of elevation at TPC Boston, but there are plentiful mounds that force you to move to a different vantage point to see more clearly. Scott McGuinness was in one of those quirky areas in Sunday’s final round of THE NORTHERN TRUST when he decided to jump for a better view at the par-4 ninth hole.

Unfortunately, he didn’t have a better landing.

Going down with an ankle injury, McGuinness was attended to by medical officials even as Scottie Scheffler putted out at the par-4 ninth.

After a brief discussion with McGuinness, Scheffler supported the decision to provide more medical attention to his caddie. Thus, was the call made to the bullpen.

Ledbetter is in his seventh year as an assistant on head professional Mark Nowosielski’s staff at TPC Boston. There was no hesitation when the staff suggested Ledbetter. “He knows every inch of grass at this place,” said Matt Byers, an operations manager with the PGA TOUR.

A few years ago, Jonas Blixt arrived for a practice round and used Ledbetter to guide him around TPC Boston.

Playing beautifully all week, Scheffler was introduced to Ledbetter and off they went to the 10th tee. The impressive PGA TOUR rookie was 15-under at the time, and nothing over the next few hours with Ledbetter put him out of sync.

In fact, they moved forward with a birdie at the par-4 13th, then a string of pars before the sky opened. A slow-moving storm packed a lot of rain and electricity and play was halted. Scheffler and Ledbetter were in the fairway at the par-5 18th, so the relief caddie’s stint was going to last longer than expected.