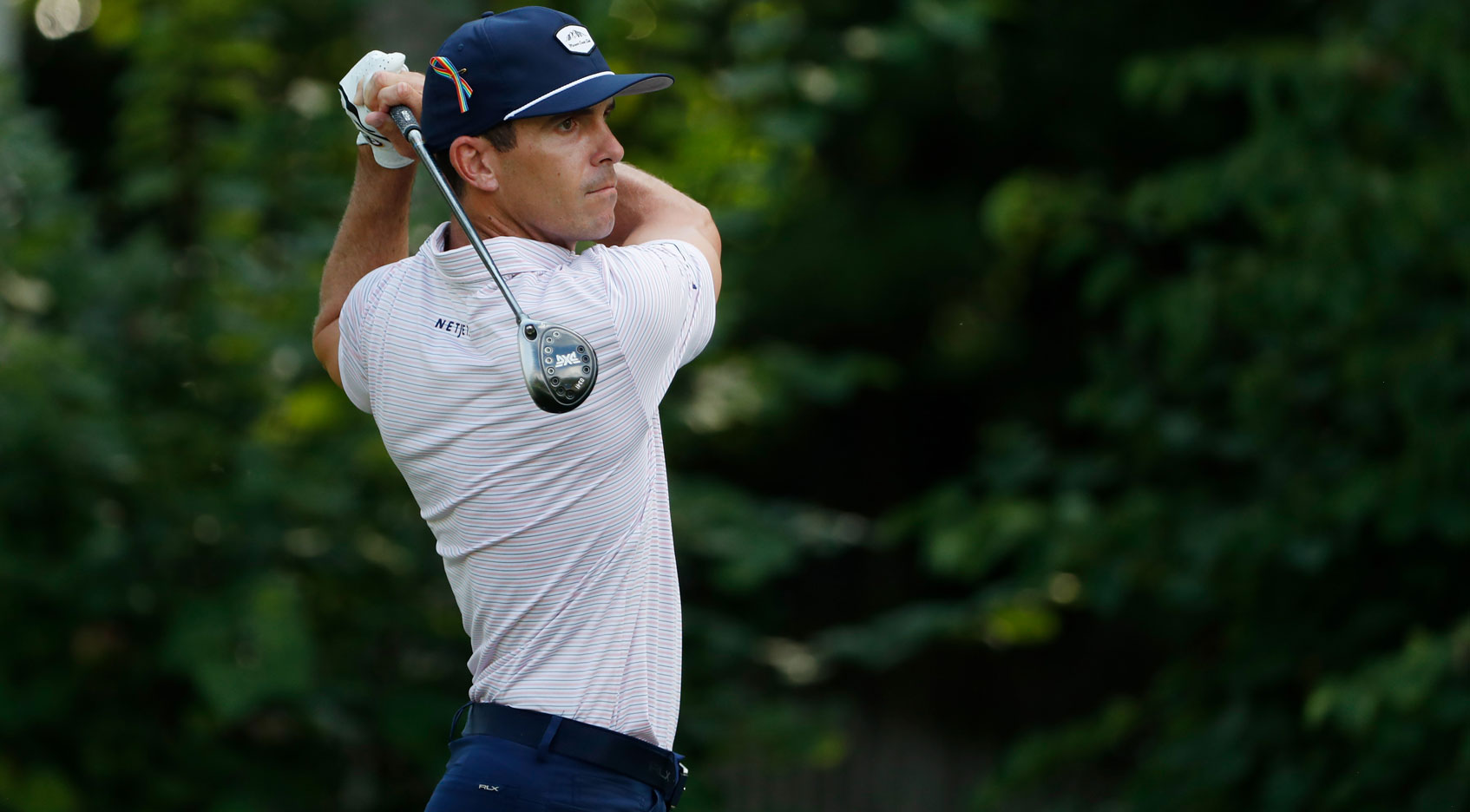 GREENSBORO, N.C. – There’s no rest for the weary.

Not when you’re at the Wyndham Championship and it’s the final week of the PGA TOUR’s regular season with the FedExCup Playoffs looming large next week.

Si Woo Kim is a prime example. The co-leader – Kim’s tied for the top spot after matching 65s in the first two rounds – has played every single tournament since the TOUR’s Return to Golf in June after a three-month hiatus due to the COVID-19 pandemic.

That means the Wyndham Championship, a tournament he won in 2016, is Kim’s 10th straight event. Let that sink in a little bit.

And even after that marathon stretch, Kim still arrived at Sedgefield Country Club this week in dire need of FedExCup points. He was ranked No. 121 and was hardly safe to make the Playoffs which start next week at THE NORTHERN TRUST at TPC Boston.

The other three players tied for the lead with Kim are on similar runs but are safely in the Playoff bubble. Tom Hoge and Talor Gooch, who shot 65 and 68, respectively, will be seeking their first PGA TOUR titles this week while Billy Horschel, the 2014 FedEx champ who had a 64 Friday, is vying for his sixth.

Horschel has only missed the Wyndham Championship once since 2011, and he’s finished 11th or better three times in his last four starts here. With the compacted TOUR schedule, though, and the hopes of a long Playoff run, Horschel wasn’t sure a trip to Sedgefield was in the cards this year.

“I knew if I played here there would be a lot of tournaments in a two-and-a-half month window, but with my position in the FedExCup, I felt like it was vital for me to come here and try to accumulate more points,” said Horschel, who ranks 50th.

“So, after Sunday I flew home and spent two days there and I flew up here Wednesday morning. It was just nice. It was nice to not be here Monday, Tuesday and sort of grind it out. So, I know I’ve got several more weeks left to play golf and I’ll just do a good job of being smart with my practice.

“Thankfully, the game’s in a good spot. I don’t have to really grind too hard, which helps a lot in that aspect.”

There are a total of 35 players within four strokes of the lead heading into a third round fraught with uncertainty with a weather forecast that calls for heavy rain and thunderstorms. And even without the potential downpour to soften things up, Sedgefield figured to be generous – already giving up four 62s this week and even relinquishing a 59 to Brandt Snedeker in 2018.

One of those 62s was shot in the first round by the popular Harold Varner, who grew up in Gastonia, North Carolina, and graduated from East Carolina. He’s not putting much stock in the meteorologists as he looks for his first PGA TOUR victory, though.

“I’ve got to hit more fairways,” said Varner, who only hit nine in shooting a 69 on Friday but still starts the weekend one stroke off the lead. “They said it was supposed to rain all day today, but it didn’t. I’m always glass is half full, so we’ll see what happens.

“I don’t control that, so we’ll just do what I do best, play golf.”

Hoge, who opened the season with a career-best runner-up finish at The Greenbrier, and Gooch have played in nine of the 10 tournaments since the break, each taking the week before the PGA Championship off to recharge. Like Horschel, their FedExCup position is solid — Hoge ranked 38th at the start of the week and Gooch clocking in at No. 66.

The goal is to be among the 30 who get to the finale at East Lake where anyone can win the $15 million FedExCup bonus, though, so every bump helps.

“It was solid,” he said. “I got off to kind of a slow start yesterday on the front nine and kind of got it going on the back and just carried that momentum all the way through the round. Anytime you shoot 65, it doesn’t matter who, what, when, where, why, you’ve done some good.”

Paul Casey, who’s three strokes behind after a 66 and riding momentum after a tie second at the PGA on Sunday, is making his fifth straight start. He can’t remember ever doing that in his professional career and admits he’s trying to conserve energy while looking to win his fourth TOUR event.

That said, he’d also like nothing better than to add three more starts to the five he’s already made and advance to Atlanta for the fifth straight year. He moved from No. 121 to 54th with his runner-up finish at TPC Harding Park.

Tempering expectations will be key.

“It would be real easy to stand on the first tee yesterday and expect, you know, brilliant golf like I played on Sunday or all week last week,” Casey said. “Then if you don’t play it, then you’re putting yourself between a rock and a hard place.

“Yeah, no question. Just expectations is always the best way to be, but it’s hard. I made a really good jump up the FedExCup last week and I want to keep that going. … I want to make it to East Lake because I feel like — well, if you want to win it, you’ve got to be there.”

First, though, there’s a tournament to try and win in the Piedmont Triad of North Carolina.