PONTE VEDRA BEACH, Fla. – Closing in on his best round of the week at The Players, Webb Simpson was eyeing his 47-footer for birdie from the fringe of the 14th green when a rules infraction shattered the relative calm.

Simpson explained that his putter accidentally became tangled in his shirt and hit his golf ball, moving it “a quarter of an inch.” An official ruled that Simpson had violated Rule 9.4b (Ball Lifted or Moved by Player) and was assessed a one-stroke penalty which led to a bogey on the hole.

“I’m going to be loud and clear, we have to get intent into the rules. We have to. Because it’s killing our game when it comes to these kind of things,” said Simpson, who finished with a 4-under 68.

Simpson would not have been penalized if he had inadvertently moved his ball on the green, but because it wasn’t on the putting surface it was a violation. That was a change to the Rules of Golf this year and will only add to the growing discontent PGA Tour players have toward the Rules of Golf.

“What they try to say is either it’s hard to write the rule with intent or you open it up for gray area,” Simpson said. “I think it’s actually the opposite. There’s no advantage. My putter hit my clothes, it moved it a quarter inch, I’m going to move it back. So I’m just I’m hoping that somehow or another intent can get broadened.” 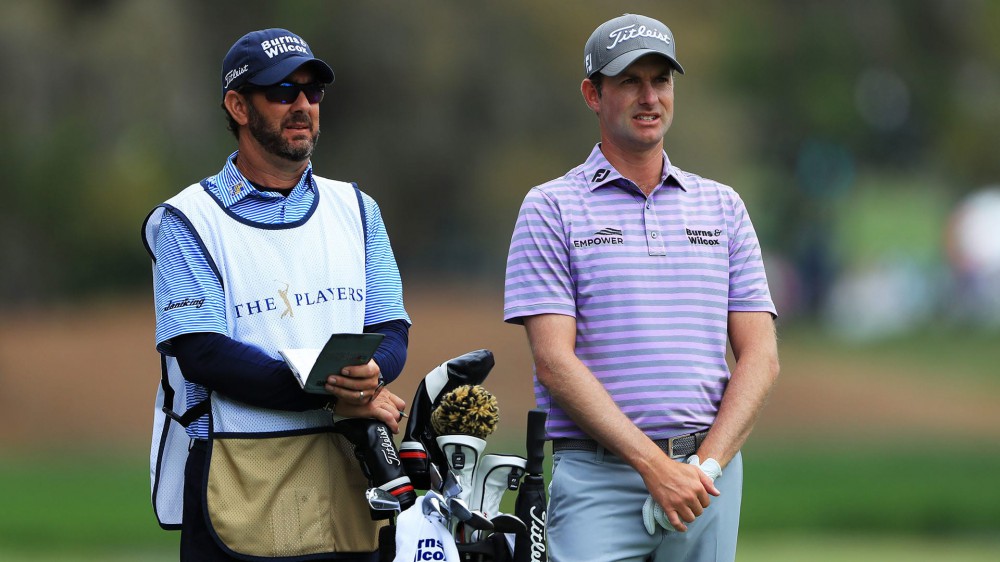 Rahm behind only DJ among Open betting favorites