NORTON, Mass. – After holing out from off the green to take the lead at the Dell Technologies Championship, Webb Simpson immediately thought back to 2011.

That was the year that Simpson came to TPC Boston just a few weeks removed from his maiden PGA Tour win, and he added a second trophy after outlasting Chez Reavie in a playoff. That victory included a putt from off the green on the 72nd hole to force overtime, similar to the 71-footer he holed Saturday to close out a bogey-free, 8-under 63 and move one shot ahead of Tyrrell Hatton and Justin Rose.

“You just kind of laugh at those, because you’re not trying to make them,” Simpson said. “You’re just trying to get them close.”

Simpson has had plenty of reason to smile this summer, as his breakthrough win at TPC Sawgrass was followed by enough solid play to merit a return to the Ryder Cup. While he didn’t win the Wyndham Championship as he did in 2011, Simpson finished second three weeks ago in Greensboro and has already assured himself a spot at the Tour Championship.

Although Simpson won his lone major at the 2012  U.S. Open, he contends that his two-win campaign in 2011 where he teed off at East Lake as the No. 1 seed remains his best-ever season. But he’s starting to notice some familiar trends in his game that go beyond simply his position on the leaderboard at TPC Boston.

“Very similar in terms of consistency, made cuts and having chances to win,” he said. “So very similar.”

The key to Simpson’s turnaround has been clear. After finishing no better than 88th in strokes gained: putting each of the last three years while struggling to cope with the anchoring ban, he’s sixth on Tour in the category this season while notching seven top-10 finishes.

That trend has continued thus far this week, where Simpson has needed just 53 putts while picking up nearly three shots on the field on the greens. It’s also left him wanting to build on what could soon surpass 2011 as his best season to date.

“I want to stay here. I don’t want to just have a couple good years and have it go away for two years,” he said. “There are a few guys that are always top-20 in the world. I want to do that. I want to stay consistently good as a golfer.” 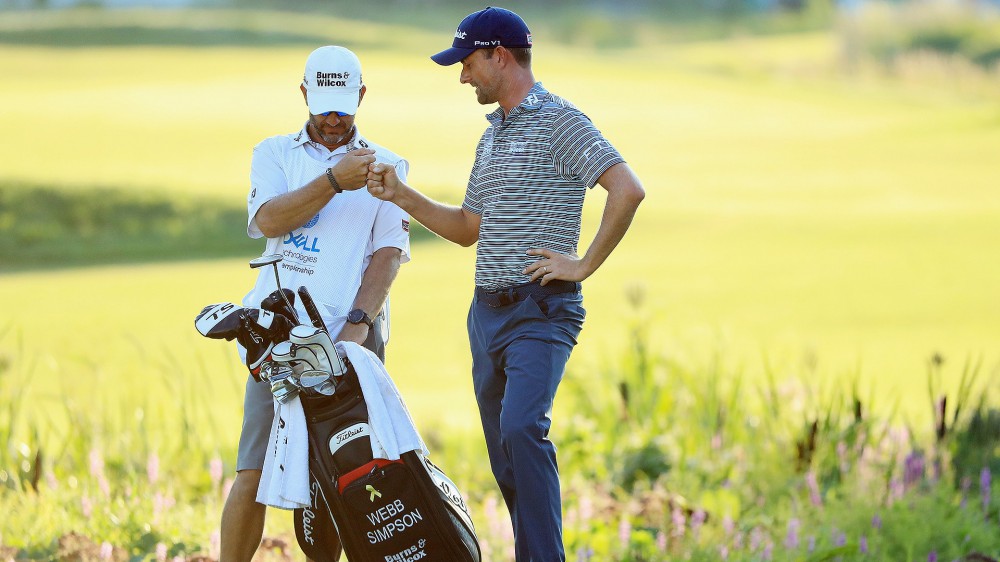