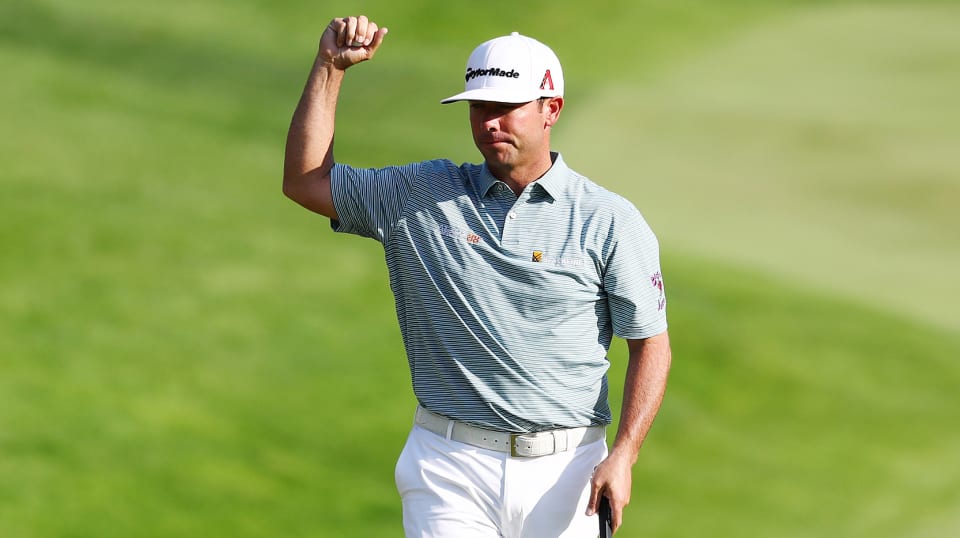 Chez Reavie … He’s like a long reliever who’s just as comfortable taking the mound in a spot start on zero notice. With pitchers and catchers reporting across Major League Baseball this week, that analogy is an easy pull given that the logo of the Arizona Diamondbacks is visible on the side of his cap. His flexibility between occasional appearances in the Power Rankings and a default position as a Sleeper hinges on his recent play. Well, the pendulum is swinging back into the preferred direction after a T16 at Pebble Beach, his first top 25 in five months. You’d expect his skill set to fit Riviera as well, and it has at times. Although six of his 10 appearances resulted in a missed cut, and he placed outside the top 70 in two others, he’s also finished seventh (2016) and T10 (2020).

K.H. Lee … This is the first time that he’s centered among converging trends. Of course, there was the close call at TPC Scottsdale two weeks ago where he settled as a co-runner-up to Brooks Koepka’s heroics on the penultimate hole, but Lee also is 2-for-2 at Riviera with a T25 in 2019 and a T13 last year with a scoring average of 69.63 in those eight rounds. He’s not as much of an unknown to even core golf fans as he was, say, before the Waste Management Phoenix Open, but he’s no stranger to winning abroad. The 29-year-old has a pair of victories on the Japan Golf Tour on his résumé. He also prevailed in consecutive Korea Opens before making his way to the PGA TOUR.

J.T. Poston … His career-long-tying 0-for-4 skid is a thing of the past after consecutive top 20s in recent weeks. En route to a T18 at Torrey Pines, he led the field in Strokes Gained: Putting and ranked second in par-5 scoring. Those feels carried over to TPC Scottsdale where he finished second in putting: birdies-or-better and T4 in par-5 scoring to post a T11. Perfect in three tries at Riviera with a personal-best T17 as a rookie in his debut in 2017.

Brian Stuard … His success so often has been reliant on his ability to split fairways, it explains why he’s had success on multiple occasions on tracks like Sea Island, Waialae, Harbour Town and Mayakoba. Those backdrops share two critical variables in common. Each is exposed to wind and none is of a length that he can’t handle. As one of the shortest knockers on the PGA TOUR, the 38-year-old plays to his strengths out of necessity. Currently eighth in fairways hit and T18 in proximity to the hole on approach. He’s fresh off a T16 at the AT&T Pebble Beach Pro-Am where he ranked inside the top 15 in both driving accuracy and greens in regulation. He also led the field in par-3 scoring. He’s 4-for-6 at Riviera with a personal-best T23 a year ago.

Sung Kang … There’s only one data point that suggests that he’s going to be a threat at Riviera. Given he’s been mired in a drought without a top-25 finish (and only one top 35) since play resumed last summer, that there’s at least one data point is a big deal, and it’s a big one at that – his track record. In six appearances since 2012, he’s survived every cut and has posted four top 25s, including a share of runner-up honors last year. His scoring average in his last 20 rounds on the course is a sporty 69.80.