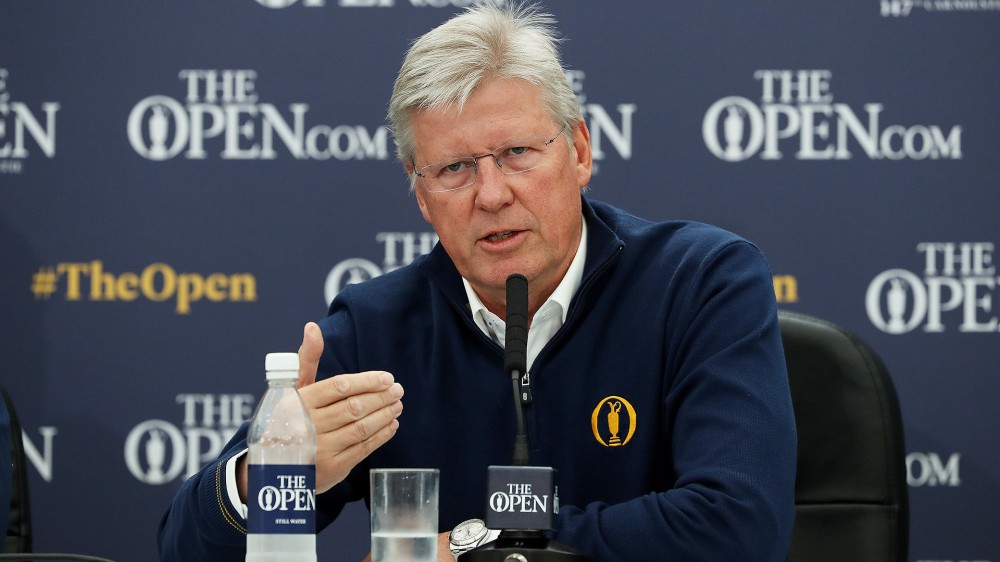 Returning The Open to Royal Portrush for the first time in nearly 70 years, the R&A had plenty of variables to consider about staging this summer’s tournament. And that was before the term “Brexit” came into existence.

Portrush was awarded The Open back in 2015, more than a year before the United Kingdom voted on a referendum that set the stage for the U.K. to leave the European Union. Lawmakers now face a deadline of March 29, barring further legislative intervention, to determine the manner in which the U.K. exit from the E.U. will occur.

With one month to go until the critical cutoff date, R&A chief executive Martin Slumbers told reporters that the controversy surrounding the issue could impact this year’s event, the first at Royal Portrush since 1951.

“Like every business, and I think about The Open as such, the lack of certainty about the rules, the law in which we are operating under post-March 29 has caused us significant concern,” Slumbers said. “In hindsight, would I be wanting to do Portrush in the year that we would be potentially leaving the European Union without a deal? No.”

“The future of the border is the No. 1 concern. We have over 2,000 containers to get across the Irish Sea, and we start building on April 2,” Slumbers said. “The problem is we don’t know whether to reschedule to bring all our containers in through Dublin (capital of Ireland), whether to move them through Belfast (capital of Northern Ireland), or whether to ship them out of the U.K. now.”

Slumbers also shared an anecdote from this year’s Latin American Amateur Championship, where he was on-site in the Dominican Republic and asked whether he was “looking forward to Portrush.”

“I said, ‘Well actually, I’ll be quite pleased when it’s over,'” Slumbers said.