After a Hall of Fame pitching career that included eight All-Star appearances and a World Series title in 1995 with the Atlanta Braves, John Smoltz didn’t hesitate when asked to put his recent qualification for the U.S. Senior Open into perspective.

“It’s probably the No. 1 thing that I’ve ever accomplished,” Smoltz told reporters. “Everything I’ve been part of before has been a team thing, and I’m proud of all my accomplishments from a team aspect, but an individual role or accomplishment, I haven’t had anything anywhere close to this.”

Smoltz, 51, earned a spot in the over-50 major field after shooting a 69 in a qualifier in Georgia and surviving a 3-for-1 playoff for the final qualifying spot. As a result, he’ll walk the same fairways as the best senior golfers in the world this week at The Broadmoor in Colorado Springs, playing the first two rounds alongside Jim McGovern and Bob Ford.

Smoltz was an avid golfer during his pitching career, and shared a story this week with reporters about asking permission from his manager to skip a day of spring training in order to play Augusta National alongside Tiger Woods. But despite boasting a fair amount of game, as evidenced by his ability to qualify for the tournament, Smoltz is tempering his expectations.

“Somebody asked me that right away and instantaneously I said a pair of 75s,” Smoltz said. “I want to obviously shoot under par, but I don’t want to do something or say something that is far-fetched to where I’m not being real. So my goal is to make the cut. I’ve had, I don’t know, six, seven, eight tournaments where there’s been a cut, and I’m batting maybe 50 percent.”

While those expectations seem moderate, they might be viewed as lofty in the eyes of oddsmakers at the Westgate Las Vegas Superbook where Smoltz is listed at 500/1 to win and 10/1 to make the cut. The over/under total for his opening-round score on the par-72 layout is set at 82.5.

But even if the birdies are hard to come by this week, Smoltz is still all smiles after playing his way into a major championship in a sport he once viewed as a hobby.

“I don’t know if there’s a cloud higher than cloud nine,” Smoltz said, “but that’s where I feel like I’ve been.” 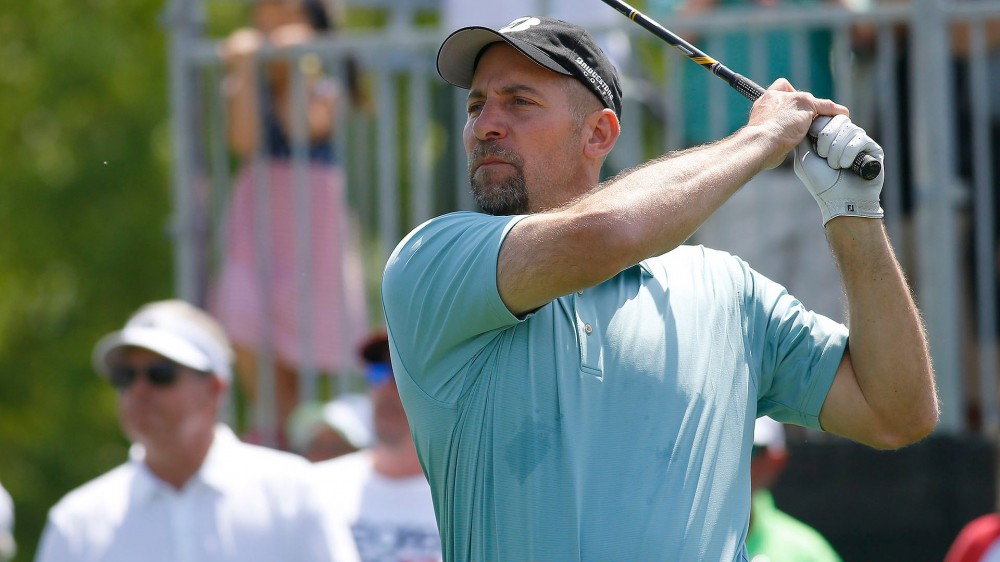