For the second straight round, Jordan Spieth double-bogeyed his ninth hole of the day. Following a double Thursday at Trinity Forest’s par-4 ninth hole, Spieth needed six shots to complete the par-4 18th hole on Friday.

Unlike the previous day, though, the double didn’t derail Spieth’s round.

Spieth made five birdies on his second nine to shoot 4-under 67 in blustery conditions and move up the leaderboard at the AT&T Byron Nelson.

“It was nice to bounce back, nice to make that putt on 1, feel like you don’t lose another shot to the field on an easy par 5, and then really closed out the round nicely,” Spieth said. “That’s nice as you go into a weekend, good momentum to go by. … Going out today, if you offered me 4 under, I would have taken it. So, very pleased with it.”

In Thursday’s first round, Spieth birdied five of his first seven holes, but he could only manage an opening 68. He struggled hitting greens in the wind early on Friday, but Spieth missed just one green in regulation on his second nine. He also found all but two fairways and sunk five birdie putts from outside of 12 feet, including a 27-footer at the par-3 eighth.

“Fifty degrees and wind blowing means you just want to start the first four holes at even par, and I did one better today,” Spieth said. “I thought that was huge to get off to that kind a start, made a couple big par saves. [Today was] about staying patient. Let the course come to you. I recognize once we get to the front nine, you’ll get a lot of opportunities.

“I felt like I hit really good shots today, ones that turned out really well. Even the ones that didn’t were kind of on my line.”

Moving on 🆙@JordanSpieth sinks this 27-foot birdie putt to move to 7-under @ATTByronNelson. #QuickHits pic.twitter.com/2n026VEl0V

Speith was tied for fifth at 7 under when he finished his round Friday afternoon, though he also was nine shots off the lead held by Sung Kang, who fired a second-round 61.

“What Sung is doing right now is absurd given what we faced,” Spieth said.

Spieth has yet to finish better than T-21 this season. He begins another quest for the career Grand Slam next week at the PGA Championship. 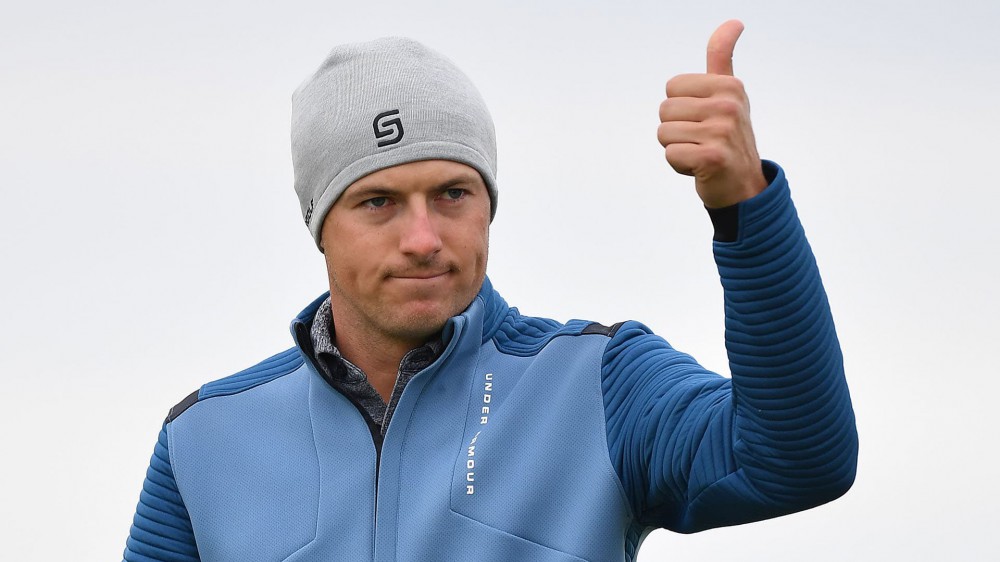