AUGUSTA, Ga. – Jordan Spieth didn’t have much control with his driver during his opening round at the Masters.

His start Friday wasn’t much better.

Spieth’s opening tee shot sailed into the right trees, leading to a double bogey, and then his driver on the second hole hooked left into the pine straw en route to a bogey.

All of a sudden, he went from two clear to one behind.

Standing on the tee at the short third hole, Spieth had a talk with himself.

Spieth made par on the hole to regain some control over his round, then played 1 under to the house to salvage a 74 and keep himself in the mix for another Masters title.

“I’ve taken a lot of punches on this golf course,” he said.

None worse than his back-nine stretch on Sunday in 2016, of course, when he went bogey-bogey-quad with a five-shot lead.

“So what’s the first couple of holes on a Friday start mean?” he said. “It doesn’t really mean much to me. It means, let’s figure out what was wrong and fix it, but it’s not going to affect the outcome of this tournament off of those two holes. I’m still in a great position.”

Indeed, by comparison, his Friday start wasn’t nearly as disastrous. He diagnosed the problem – he was squatting in his swing, leading to two shots off the heel – then put himself into a better posture and played solidly the rest of the round. 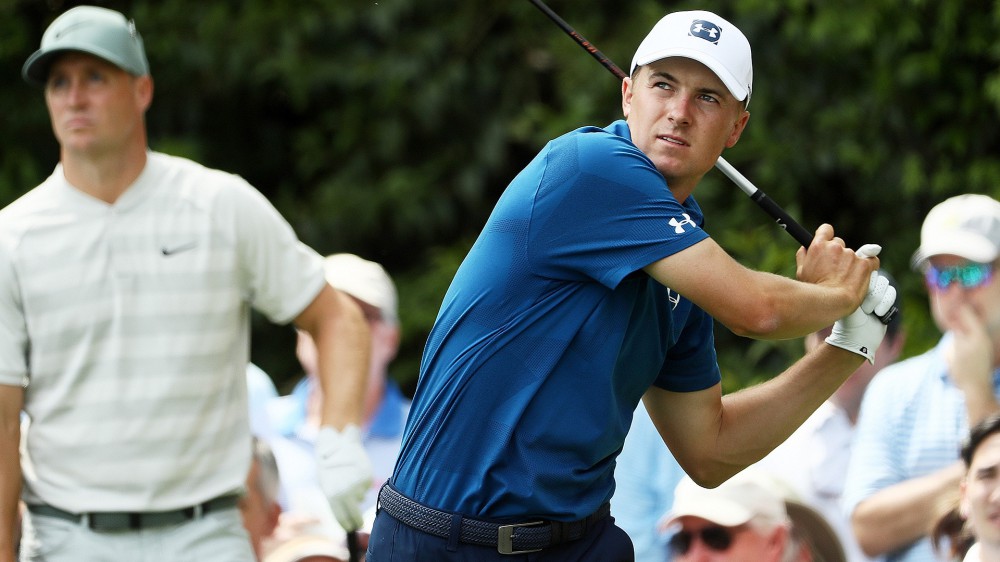