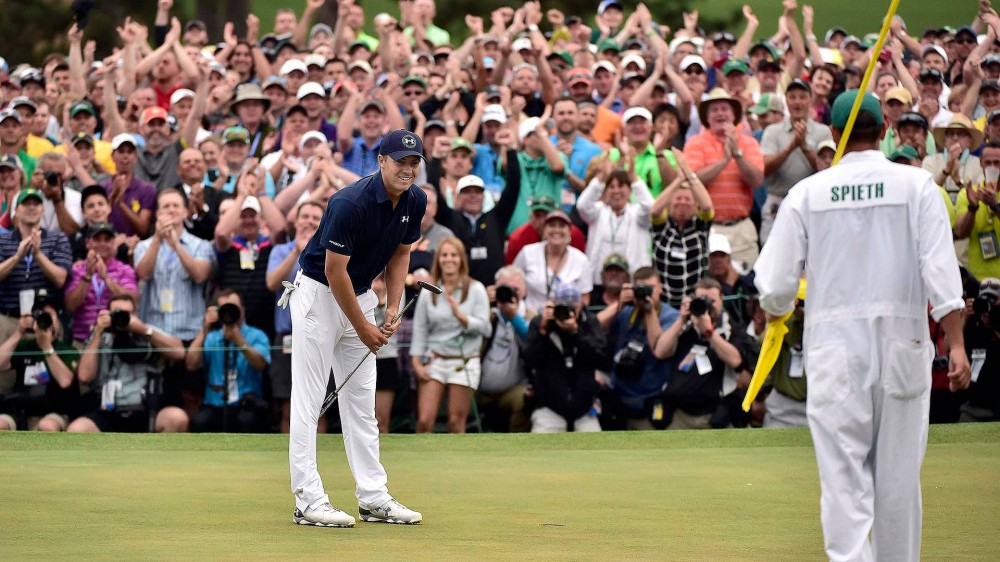 AUGUSTA, Ga. – If Jordan Spieth needed any extra motivation this week at the Masters as he continues to work his way out of a slump, it came Monday night.

Spieth and a group of family and friends were waiting to watch the NCAA Tournament championship game when his father pointed out the Golf Channel was re-airing the 2015 Masters, which Spieth won.

Spieth said he and his father were playing cards and that the final round was “in the background” but that didn’t stop him from keeping tabs on the action and providing his own version of commentary.

“It was really cool to relive, especially the final [round] and it was fun to relive some of those shots and some of the putts that were holed,” he said. “I was kind of commentating to my team, the people that were around me on some of it, and it was very memorable because it was the highest of highs I’ve had in this sport.”

What stood out to Spieth, who won by four strokes, was the action going on around him.

“The funniest thing about watching it was like seeing how many putts were holed by like Phil [Mickelson] or a bunker shot or, putts that were holed, like Tiger [Woods] gave a big fist pump on one hole. He makes a big putt and gets to six back,” he laughed. “I’m like, wow, that’s way up there. I’m really tearing that place up.”