The final event of the season is off and running, but there’s a surprising name at the top of the leaderboard. Here’s how things look after the first round of the Tour Championship, where Kyle Stanley holds a two-shot lead:

What it means: Spieth started the week as the top seed, and the top five players in the season-long points race will win the FedExCup with a tournament victory. But the top spot after Round 1 belongs to Stanley, whose win at the Quicken Loans National in June was his first since 2012 and who started the week at No. 22, making him a relative longshot to lift the season-long trophy.

Round of the day: Stanley has had a quietly consistent season, with five top-10 finishes and only six missed cuts. He is now in contention for the biggest win of his career after opening with a 6-under 64 at East Lake, a round that included seven birdies against just one bogey. Stanley raced to the top of the leaderboard with four straight birdies on Nos. 3-6 and added three more in a five-hole stretch from Nos. 12-16.

Best of the rest: Koepka showed at Erin Hills that he can handle a long course with plenty of teeth, and he leaned on his advantage off the tee Thursday while carding a 4-under 66. Koepka closed his round with four straight drives over 330 yards in length and made it around East Lake without dropping a shot after getting off to a quick start with three front-nine birdies.

Biggest disappointment: It wasn’t that long ago that Hideki Matsuyama was routing elite fields, but the Japanese phenom continues to struggle in the postseason. Matsuyama finished T-47 among a 70-man field last week and opened Thursday with a 5-over 75 that left him ahead of only one player. He made three double bogeys, including two during a front-nine 41 that didn’t include a single birdie.

Main storyline heading into Friday: Stanley currently holds the top spot, but there’s no reason to move the spotlight off of Spieth. It was an adventurous round for the No. 1seed, filled with plenty of errant tee shots, but a 67 still left him in fine position with three rounds to go. Spieth often talks about trying to peak for this event, and if he improves on his opening-round ball-striking there’s every reason to believe he’ll challenge for both trophies come Sunday.

Shot of the day: Berger made a late move up the standings with a closing eagle after carving his approach from 234 yards on the par-5 18th hole to within 14 feet and making the subsequent putt.

Quote of the day: “I feel like the key to this course is if you can get it in play off the tee, you can score.” – Stanley, whose 64 came in his first competitive round at East Lake. 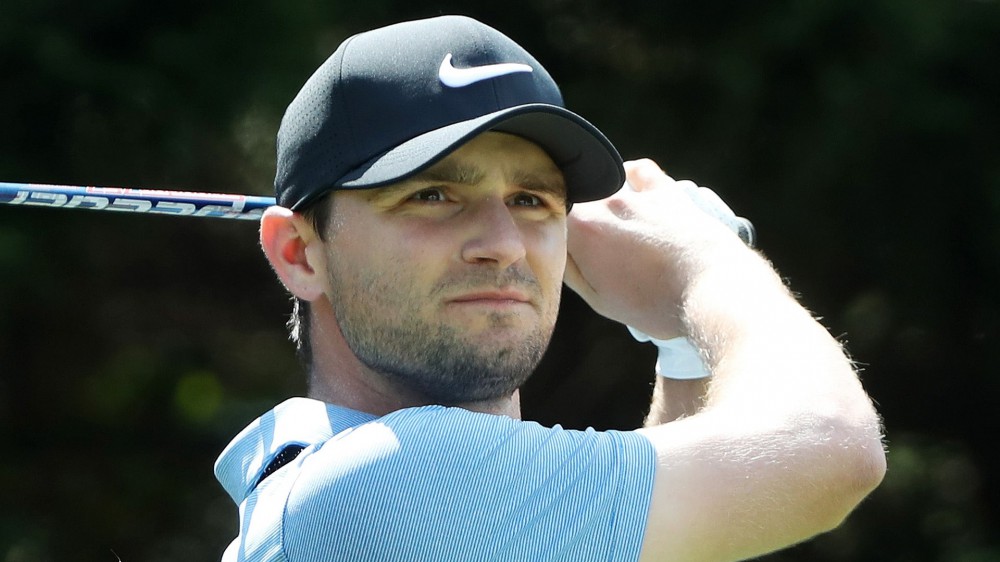