Conditions were a far cry from the soggy course seen during last year’s final round, but the result was the same. Here’s how things ended up at the Safeway Open, where Brendan Steele held off several contenders down the stretch to successfully defend his title:

What it means: Steele started the day two shots behind Duncan, but as the leader wobbled out of the gates Steele took control with three birdies in his first nine holes. Bogeys on Nos. 12 and 14 created a tight race with Finau and Mickelson down the stretch, but a two-putt birdie on No. 16 gave Steele all the margin he needed before closing with a birdie for a 3-under 69. It’s the third win of his career, and his second straight victory at Silverado.

Round of the day: Amid blustery conditions, Brandon Harkins’ 4-under 68 proved to be the day’s low score. Harkins made the most of his first start as a PGA Tour member, with seven birdies including four over his last six holes after starting on No. 10. It helped Harkins jump from 41st place all the way into a tie for ninth.

Best of the rest: Finau came up just short in his bid for a second career victory, but a 3-under 69 gave him a strong shot at the title. Finau had an eagle and three birdies but also made a costly double bogey on No. 14 and wasn’t able to convert a 32-foot eagle try on the last hole that would have given him a share of the lead with Steele just two holes behind.

Biggest disappointment: It took four days, but the nerves finally hit Duncan who opened with three straight bogeys en route to a 3-over 75. Duncan started the day with sole possession of the lead but found himself in chase mode after an outward 39 and ultimately tied for fifth in just his second career start on Tour.

Shot of the day: Steele was nursing a one-shot lead when he struck his approach from 235 yards on the par-5 16th. His ball rolled to the back of the green, setting up an easy birdie that boosted his lead to two and gave him a critical margin for error coming down the stretch.

Quote of the day: “It was nice to get re-started here, feel a little more free and get everything back to zero.” – Steele 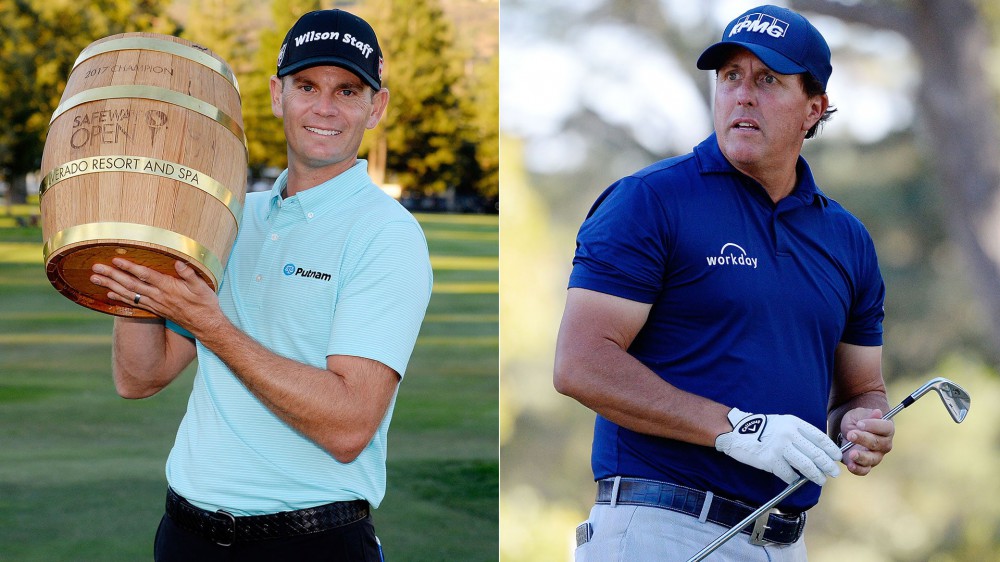