No one is more excited to get the new PGA Tour season underway than Brendan Steele.

Steele has become the king of the Napa Valley in recent years, taking a 54-hole lead at the 2015 Safeway Open before a disappointing final-round fade. He returned in 2016 to capture his first win in more than five years, then successfully defended his title last year when he edged Tony Finau by two shots.

This week he’s back once again at Silverado Resort & Spa, looking to become the first player to win the same Tour event three years in a row since Steve Stricker at the John Deere Classic from 2009-2011.

“Obviously very comfortable getting back here,” Steele told reporters. “Seen this place in a lot of different conditions, and just seems to fit my eye no matter what’s going on and where my game is coming into the week. It always brings out the best in me for some reason. So it’s nice to be back.”

Steele’s break was all of three weeks – longer than some of his peers – after he failed to advance to the Tour Championship. His win at Silverado last year sparked a torrid fall that included six straight top-30 finishes. But the momentum stalled over the summer, and he missed four cuts in five starts to end his season.

Having taken home the wine barrel-styled trophy each of the last two years, he’s hopeful that a familiar setting will help get his game back on track as he and 143 others embark on a brand new season that will include 46 events through August.

“I do love the fresh start here, being back to zero,” Steele said. “Whether you’ve had a good year or a bad year, there’s something really exciting about everybody starting from scratch again.” 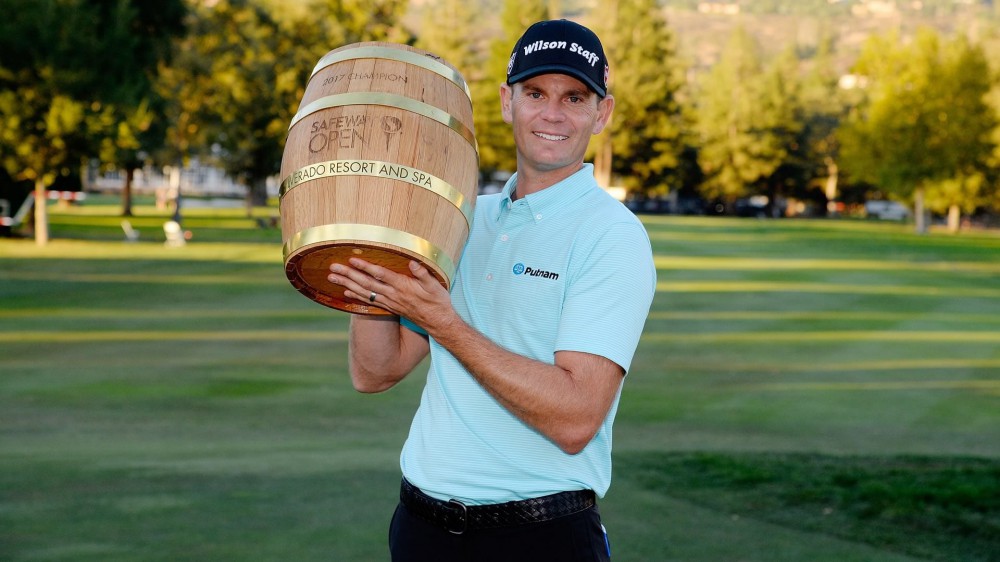