Home Golf News & Information Stock Watch: Look where complaining will get you, Rory and JT 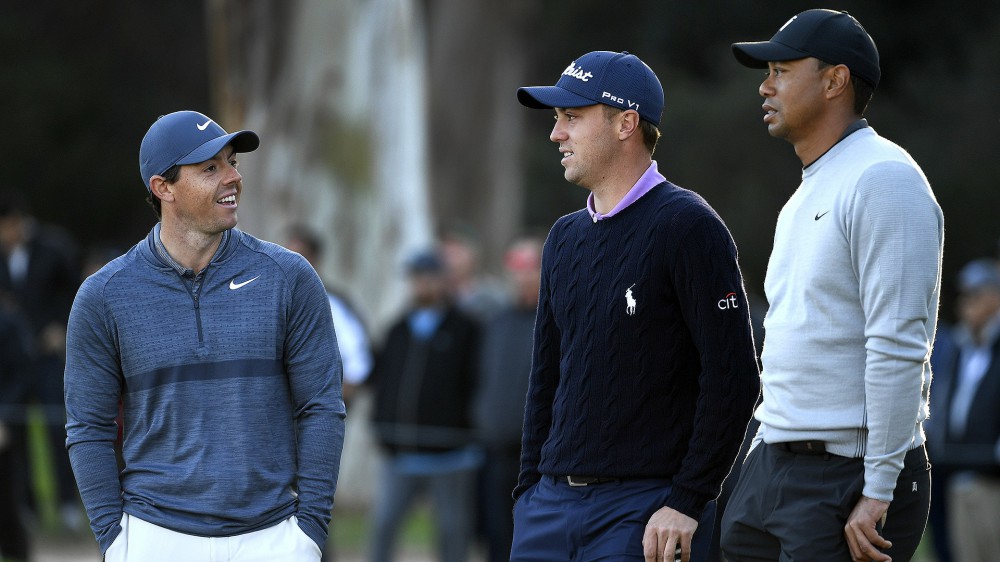 Phil (+9%): His resounding victory at Pebble doesn’t mean much for his U.S. Open chances there, but the course plays so short now that he should be able to keep it in play off the tee and rely on his impeccable iron play. Do you believe in storybook endings?

Brooks (+5%): In interviews this year Koepka has been a sportswriter’s dream – delightfully candid and brutally honest. If that approach doesn’t garner him more fans, nothing will.

Matt Wolff (+4%): Don’t look now, but the Oklahoma State star is 4-for-4 this season and zeroing in on the record for most wins in a season (eight), with the heart of the college season still to play. Consider us intrigued.

J-Day (+3%): Winless since May, Day has seven consecutive top-20 finishes worldwide, including a fourth-place showing at Pebble. If he can sharpen his irons, he’ll be one of the favorites at Augusta.

Tiger (+1%): Last spring, Woods nearly won in Tampa the week after Mickelson snapped his long drought in Mexico. They’ve pushed each other for 20-plus years, so don’t expect them to stop now.

Paul Casey (-1%): The Englishman did the right thing by standing his ground in near-darkness on Sunday night, but don’t forget the poor golf that preceded it, with ugly bogeys on Nos. 11 and 12 to surrender another 54-hole lead. That’s nine runners-up and counting on Tour …

HosungMania (-2%): It’s probably over, for now, after his uninspiring missed cut at Pebble. Choi is a fun character with a compelling story, but he’ll probably return to being a middle-of-the-night diversion for Golf Twitter.

Featured-group creativity (-3%): Both Justin Thomas and Rory McIlroy complained after playing amid the Tiger circus last year at Riviera, and so the powers-that-be at the Tour … put them in the same early-round group again this year. You’re welcome!

Spieth’s driving (-5%): Of the 229 players who have registered a tee shot on Tour this season, Spieth ranks 224th in driving accuracy; he’s also 201st in strokes gained: off the tee. That’s a far more pressing concern than his short putting.

“El Tucan” drama (-8%): In the end, no one emerges unscathed: Matt Kuchar looks cheap for not dipping further into his pot of $46 million, and the caddie looks greedy for not accepting an extra $15,000 bonus. It’s a cautionary tale, if nothing else.