Francesco Molinari (+9%): It was one of the most dominant ball-striking weeks of the ShotLink era, as Molinari striped his way around a difficult track on his way to trouncing a weak field at Tiger’s event.

Alex Noren (+5%): The French Open reinforced that this guy is going to do unspeakable things to the Americans at the Ryder Cup. Like Molinari, his fairways-and-greens game is perfect for Le Golf National.

T.J. Vogel (+4%): With a few more regular-season opportunities available, he has already passed Patrick Reed’s legendary 2012 by earning his SEVENTH Monday qualifier spot of the season. It’s a massive step from one-day shootout to 72-hole contender, but this is a crazy accomplishment.

Tiger (+2%): He has more top-5s this season than Jordan Spieth, and he’s almost assured of reaching the third leg of the FedExCup playoffs. His diehards get frustrated if he doesn’t win, but this is so fun – and unexpected.

Julian Suri (-1%): With a chance to issue the first salvo at the future Ryder Cup venue, the American instead double-bogeyed the 71st hole and lost by a shot.

So Yeon Ryu (-2%): She squandered the lead not one but twice in the final round of the KPMG Women’s PGA. That’s even more crushing.

John Daly (-3%): Guess his woe-is-me knee injury isn’t as severe as he suggested. He’s playing The Greenbrier this week – without a cart.

Sung Kang (-8%): You can bet Kang’s future playing partners will keep a closer eye on his movements after his questionable drop at Quicken Loans drew the attention of Joel Dahmen. The Tour cleared Kang, but only because there wasn’t any “clear evidence” otherwise. Yikes. 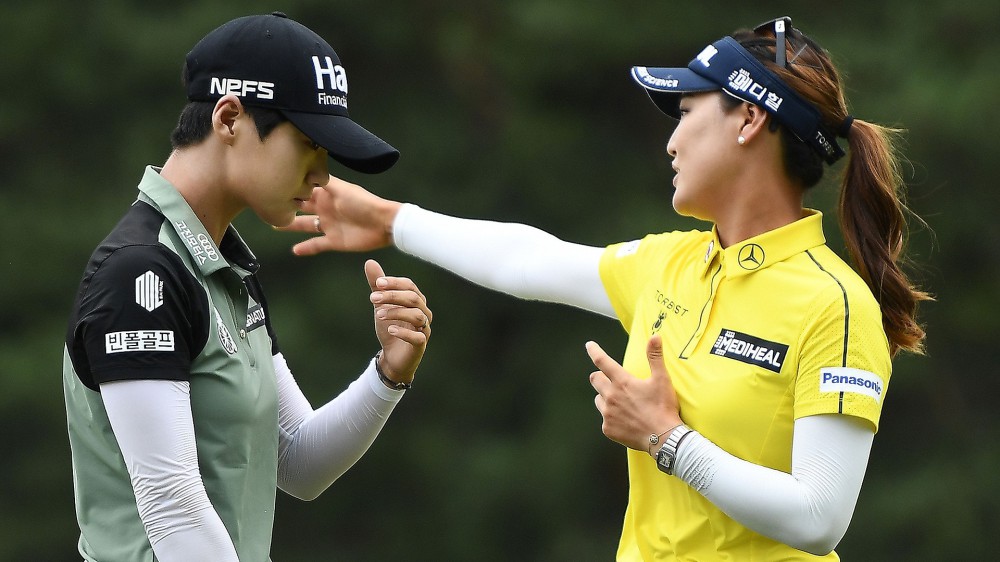