Stumbling Snedeker: 'Really gave that one away'

It’s hard to win on the PGA Tour, and no one is more aware of that maxim than Brandt Snedeker.

Snedeker appeared to have things on cruise control at the Safeway Open, torching the North Course at Silverado Resort & Spa en route to a three-shot lead entering the final round. That advantage grew to five shots with just 11 holes to play, at which point his game promptly fell apart.

The veteran made three straight back-nine bogeys to bring a number of players back into the fold, and seemingly lost control of his swing while missing a number of greens with short irons or wedges in hand.

Snedeker won the Wyndham Championship in August, and for much of the afternoon in Napa he appeared in line for what would have been his 10th career victory. Instead, he backed into a three-man playoff, got eliminated on the first extra hole when he failed to get up and down from over the 18th green and could only watch as Kevin Tway edged Ryan Moore for his first win on the third extra hole.

“I’m going to look back on that one in a few years, really gave that one away,” Snedeker told reporters. “I had full control.”

No one to blame but myself.. I have to find a way to win today.. Can’t wait to tee it up next week in Malaysia.. Not going to let 9 bad holes make me forget about the other 63..I am going to get that 10th win soon!! Thanks for all the support, don’t deserve it after that junk!!

Even after stumbling with bogeys on Nos. 10-12, Snedeker appeared to steady the ship with a 10-foot birdie on the 16th hole that put him one ahead of Moore and, at the time, three ahead of Tway with just two holes to go. But disaster struck on No. 17 when his approach shot ended up behind a tree, leading to a scrambling bogey.

Needing to birdie the par-5 18th to win, Snedeker instead found a fairway bunker off the tee, pushed his second shot into the rough and couldn’t get closer than 48 feet with his approach.

“Really disappointing,” he said. “I played probably 63 holes of pretty damn good golf, and nine holes I’d like to have back.” 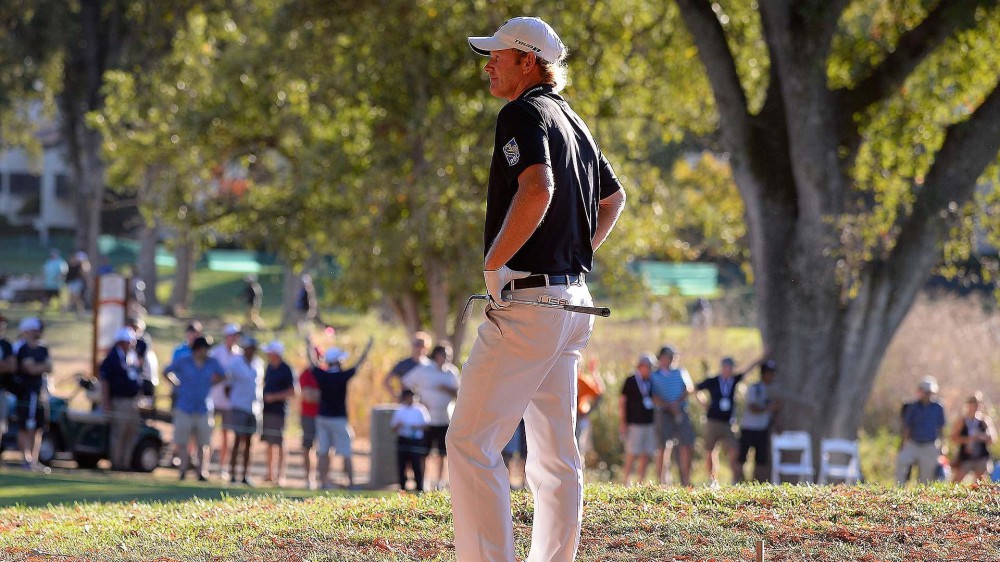 Chamblee: Nobody in their right mind thinks Tiger can win four more majors