LA ROMANA, Dominican Republic — In the three years since Costa Rica’s Paul Chaplet won the Latin America Amateur Championship, he’s matured a great deal. He’s done that thanks in part to a solid ass kicking (his words) at the hands of Augusta National.

Chaplet won the second edition of the LAAC when he was just 16 years old. He went on to play Augusta three months later as the second-youngest participant in Masters history but missed the cut after rounds of 83-82.

“I think the experience was positive. I just went there a little too young,” the now-19-year-old said Wednesday back at Casa de Campo, the site of his 2016 triumph, where he’ll try to become the first two-time winner of the Latin Am. “It’s a little too much pressure, maybe, for a kid that age who’s not mature enough to accept the fact that it’s going to be really tough and that, you know, you’re going to get your ass kicked.

“I remember it beat me up quite good.”

Chaplet says it took him a good year to clear the mental hurdle that had built up from his having sudden success at such a young age. But then, the week after his title defense and T-16 finish at the 2017 LAAC, he won the South American Amateur, beating Joaquin Niemann by two strokes. The month after, he won the Central American Championship by five over his countryman and mentor, Alvaro E. Ortiz.

Starting his college career at Arizona State afforded him an additional opportunity to wipe the slate clean and start anew against top Division I talent.

“I just thought it would be a good idea to put myself in a hard spot against players that are as good as me and even better,” he said. “It’s really tough in college. … Guys shoot 16, 17 under in three rounds and act like nothing happened.”

Chaplet had other offers back in 2015, but it was his LAAC win here in 2016 that garnered the offer from Arizona State and, frankly, changed his life.

“The biggest impact was confidence, being able to say, ‘OK, I can do this under pressure,'” Chaplet explained. “It definitely helped throughout my career, then obviously got me into college, which is a huge benefit.  The Masters, obviously, super bonus.  So all those great experiences, you just kind of feed off them and you try to learn from them.  You definitely become more mature.  I think after I won, I became really more mature.” 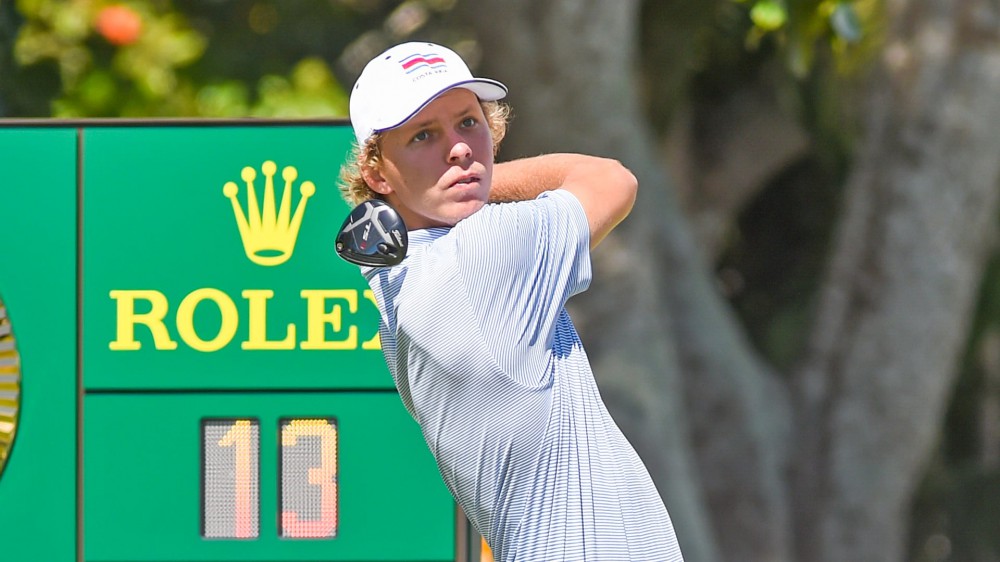 Caddie, wife go all in on horse racing