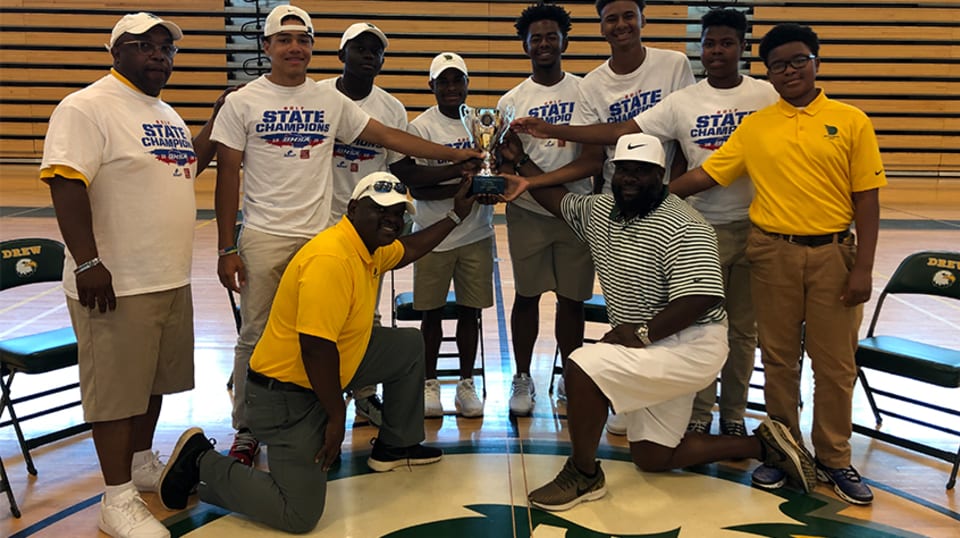 They met dignitaries, received rings, got semi-famous. But Solomon Dobbs’ wild ride as a member of the Charles R. Drew Charter School squad that won the Georgia Class A boys’ golf championship in 2019 – the first all-Black high school team and first public school in Atlanta to do so – is over.

Dobbs has moved on. He now plays on the golf team at Morehouse College in Atlanta, where he earned a 3.7 grade-point average last semester. Because of the pandemic, he lives at home and takes his classes on Zoom. But at least three days a week he gets in his Hyundai Elantra and drives to Drew Charter’s home course, East Lake’s Charlie Yates Golf Course, a nine-hole Rees Jones design, where he practices amongst his old coaches and teammates. Because it’s never really over.

If you need a break from the chaos and the fear, from the torrent of tragedies, from polling figures brought to you at all hours because, you know, Nov. 3, then behold Dobbs and Drew Charter.

Something is definitely going right here.

This marks the 20th playing of the TOUR Championship at East Lake, Bobby Jones’ old stomping grounds and the centerpiece of a comprehensive community revitalization in Southeast Atlanta.

Support from the TOUR Championship reached $3.5 million last year – a tournament record – which went to the East Lake Foundation, Grove Park Foundation, Purpose Built Schools Atlanta and the First Tee of Metro Atlanta. The East Lake Foundation, in turn, supports Drew Charter, which is churning out citizen golfers like Dobbs. Golf continues to be the catalyst for it all.

Or is it family? Sarai Dobbs, Solomon’s little sister, is a rising senior who is expected to challenge for the No. 1 spot on Drew’s girls team in the spring. She hit the ceremonial first tee shot at the TOUR Championship in 2017, while Solomon did it twice (2016, 2018).

“I did better the second time,” he says. “The first time I couldn’t see the ball.”

Sarai, too, admits she was nervous. “People are there watching, you’re on TV, you can get anxious and overwhelmed, but I was really excited to hit it.” She striped it down the middle.

Their parents, Tobars, managing partner of a real estate equity firm, and Leslie, a human resources manager for a digital company, have watched in awe and delight. Neither comes from a golf family, but when they enrolled their kids at Drew Charter, a cradle-to-college school (pre-K through 12th grade) where golf is taught in P.E. by instructors from The First Tee, it didn’t matter.