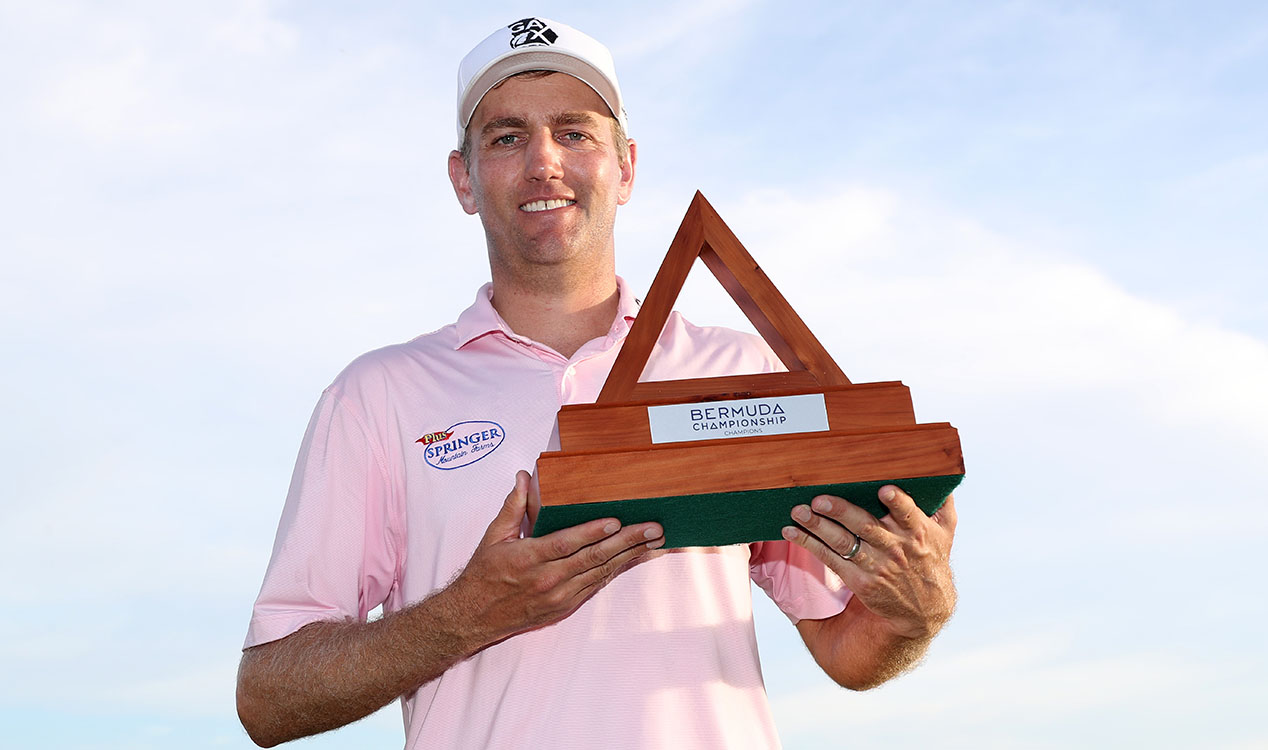 The PGA TOUR returns to Bermuda for the second Bermuda Championship with a field led by former FedExCup winner Henrik Stenson and defending champion Brendon Todd.

FIELD NOTES: Former collegiate stars Will Zalatoris and Justin Suh earned a spot in the field after parlaying sponsor exemptions into the Shriners Hospitals for Open Children into top-10 finishes … Major champions Danny Willett, Jason Dufner, Stewart Cink, and Padraig Harrington are in the field… Sponsor exemptions include Bermuda’s own Camiko Smith, Taylor Funk (son of former PLAYERS Championship winner Fred Funk, who is also in the field), Korn Ferry Tour members John Oda and James Nicholas, plus brothers Ollie and Luke Schniederjans (Luke, the younger brother, just shot a 59 at a mini-tour event in North Carolina in mid-October)… Monday Qualifiers include Danny Walker and Michael Miller, who survived a 4-for-2 playoff two weeks ago that went into Tuesday due to darkness.

COURSE: Port Royal GC in Southampton, Bermuda, par 71, 6,828 yards (yardage subject to change). A Robert Trent Jones design, the course hosted the Grand Slam of Golf and underwent a near $15-million renovation in order to welcome PGA TOUR golfers to its facility. The Oceanside course is the longest on the island.

STORYLINES: This season’s Bermuda Championship will offer full FedExCup points… the Bermuda Championship will be the first event on the TOUR schedule since the COVID-19 break to allow spectators, but are limited to 500 per day… Zalatoris is looking to earn enough Nonmember FedExCup Points to get special temporary member. He has finished in the top-10 three out of his last four TOUR events, including the U.S. Open. He is just three FedExCup points away from earning special temporary membership, which would allow him to accept unlimited sponsor exemptions… Suh has posted back-to-back top-15 finishes on TOUR… Harrington and Dufner are familiar with Bermuda having competed in the PGA Grand Slam when it was contested on the island… Todd will defend his title in Bermuda after a career season in 2019-20 that was kick-started here. He also won the Mayakoba Golf Classic in his next stop.

LAST TIME: Brendon Todd broke a five-year winless drought in Bermuda with a four-stroke victory over Harry Higgs. Todd, who won the 2014 AT&T Byron Nelson for his first PGA TOUR title, earned his TOUR card back for 2019-20 at the Korn Ferry Tour Finals. After his win in 2014, Todd missed 37 of 41 cuts from 2016-18 and fell outside the top 2,000 in the world. But in a story of resilience, Todd fought all the way back to the PGA TOUR winner’s circle, punctuated with a 9-under-par 62 in the final round in Bermuda. Hank Lebioda, Aaron Wise, Brian Gay, and Scottie Scheffler all finished T3 at 18-under.