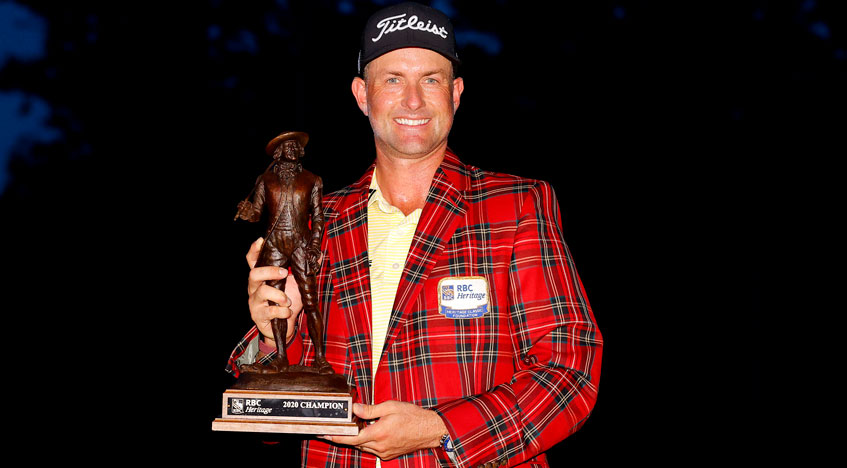 The RBC Heritage returns to its traditional post-Masters spot on the schedule after serving as the second event in last year’s Return to Golf.

While Dustin Johnson missed the cut at the Masters, the reigning FedExCup champion and South Carolina native will be headlining the field at Hilton Head. Webb Simpson is the defending champion.

FIELD NOTES: Collin Morikawa looks to improve on his T64 finish at last year’s Heritage… Current FedExCup leader Bryson DeChambeau returns to Hilton Head after finishing T8 last season… Will Zalatoris, who was in the final group Saturday at the Masters, will make his RBC Heritage debut… In the absence of the RBC Canadian Open for the second consecutive year, Canadian Michael Gligic is among the sponsor exemptions… Other sponsor exemptions include former college standouts John Augenstein and Bryson Nimmer. Nimmer is from Bluffton, South Carolina – just minutes from Hilton Head – while Augenstein is a past champion of The Players Amateur, which is held annually in Bluffton… Each of the last eight winners at the RBC Heritage are back in the field for 2021, including two-time champion Jim Furyk… More notables teeing it up at Harbour Town include Patrick Cantlay, Tommy Fleetwood, Sergio Garcia, and Daniel Berger.

STORYLINES: Simpson broke a streak of four-straight first-time TOUR winners at Harbour Town, setting a tournament record to earn his second win of the season. He is now looking to become the first back-to-back champ at the RBC Heritage since Boo Weekley in 2007 and 2008… The event’s capacity is 20% of a typical year. Tournament organizers announced tickets for the week are sold out… Five out of the last 11 RBC Heritages have gone into a playoff, with only two of the events over the last decade won by more than one stroke… Thirty-seven golfers are scheduled to make the trek from Augusta National to Hilton Head.

LAST TIME: The event, moved from April to June during the TOUR’s pause on account of the COVID-19 pandemic, saw Webb Simpson capture his seventh PGA TOUR title, in record-setting fashion at that. Simpson’s 22-under 262 set the scoring record at the Heritage. He shot a 7-under 64 in Sunday’s final round to win by one over Abraham Ancer, who was tied with Simpson after 54 holes. Daniel Berger and Tyrrell Hatton finished two shots back at 20 under and were T3. Sergio Garcia and Joaquin Niemann rounded out the top five.