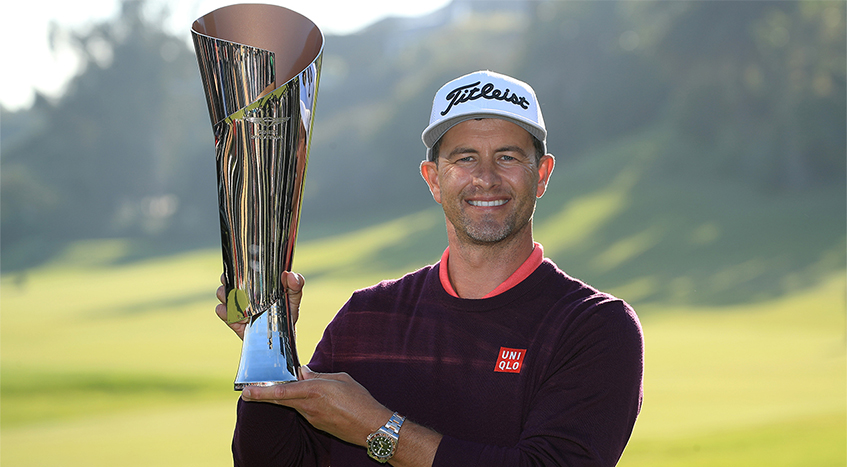 The PGA TOUR returns to iconic Riviera Country Club for The Genesis Invitational. Tournament host Tiger Woods will be in attendance but won’t play as he is still recovering from a back procedure last month. World No. 1 Dustin Johnson and defending champion Adam Scott are among the headliners.

FIELD NOTES: Notables in the invitation-only field include major champions Brooks Koepka, Bryson DeChambeau, Collin Morikawa, and Francesco Molinari, plus world No. 2 Jon Rahm. … After deciding not to tee it up at the AT&T Pebble Beach Pro-Am, Dustin Johnson, who won the 2017 Genesis, will be back in action at Riviera. … Scott hasn’t missed a cut this season and finished T10 in his last start at the Farmers Insurance Open… Other past winners at Riviera include J.B. Holmes, James Hahn, Charles Howell III, and Bubba Watson (twice a winner here). … Tae Hoon Kim won The Genesis Championship in Korea last fall to secure a spot in The Genesis Invitational field for 2021… Two-time FedExCup winner Rory McIlroy looks to finally lift the trophy at Riviera after holding a piece of the lead Sunday a year ago only to fall to T5… The U.S. Amateur champion always gets a spot in The Genesis Invitational, so Tyler Strafaci will tee it up, as will the previous three U.S. Amateur winners: Andy Ogletree, Viktor Hovland, and Doc Redman. (Redman won the 2017 U.S. Amateur at Riviera.) … In addition to reigning champ Johnson, FedExCup winners in the field include Justin Thomas, Jordan Spieth, Brandt Snedeker, and Jim Furyk.

COURSE:  Designed by George C. Thomas Jr. and William P Bell, Riviera Country Club, par 71, 7,322 yards, has been a PGA TOUR staple for 57 years. A three-time major championship host (1948 U.S. Open and 1983/1995 PGA Championships), the club is perennially ranked in the top 100 in the world and is located just a block from Sunset Boulevard. It’s a compact design with primary rough consisting of thick Kikuyu grass, a bunker in the middle of a green, and of course the iconic, driveable 10th.

STORYLINES: Willie Mack III joins the list of Charlie Sifford Memorial Exemption recipients. Two other past Sifford Exemption recipients will be in the field: Harold Varner III and Cameron Champ. Mack III, an 11-time winner at Bethune-Cookman University, made his PGA TOUR debut at Torrey Pines when an exemption intended for Kamaiu Johnson opened up due to Johnson testing positive for COVID-19. The Sifford Exemption has been awarded yearly since 2009, with three recipients (Jeremiah Wooding, Varner III, and Joseph Bramlett) making the cut… There is one spot left in the field reserved for the winner of The Genesis Invitational Collegiate Showcase, Feb. 15. Three past collegiate showcase champions will be in the field for 2021: this year’s winner plus Will Zalatoris (2015) and Scottie Scheffler (2018). … Anyone who moves into the top 10 of the FedExCup standings (and not otherwise in the field) after The Genesis Invitational will earn a spot in the following week’s World Golf Championships at The Concession.

LAST TIME: On a difficult day for the overnight leaders, Scott – whose victory at Riviera 15 years ago was deemed unofficial as rain shortened the tournament to 36 holes – shot a 1-under 70 to top Sung Kang, Scott Brown, and Matt Kuchar by two shots. It was the Australian’s 14th TOUR victory and 29th win worldwide. Five players had a share of the lead at some point Sunday, including McIlroy, who shot 2 over to finish T5 alongside Hideki Matsuyama, Bryson DeChambeau, Max Homa, and Joel Dahmen. Tournament host Woods finished 68th, last among those who made the cut.