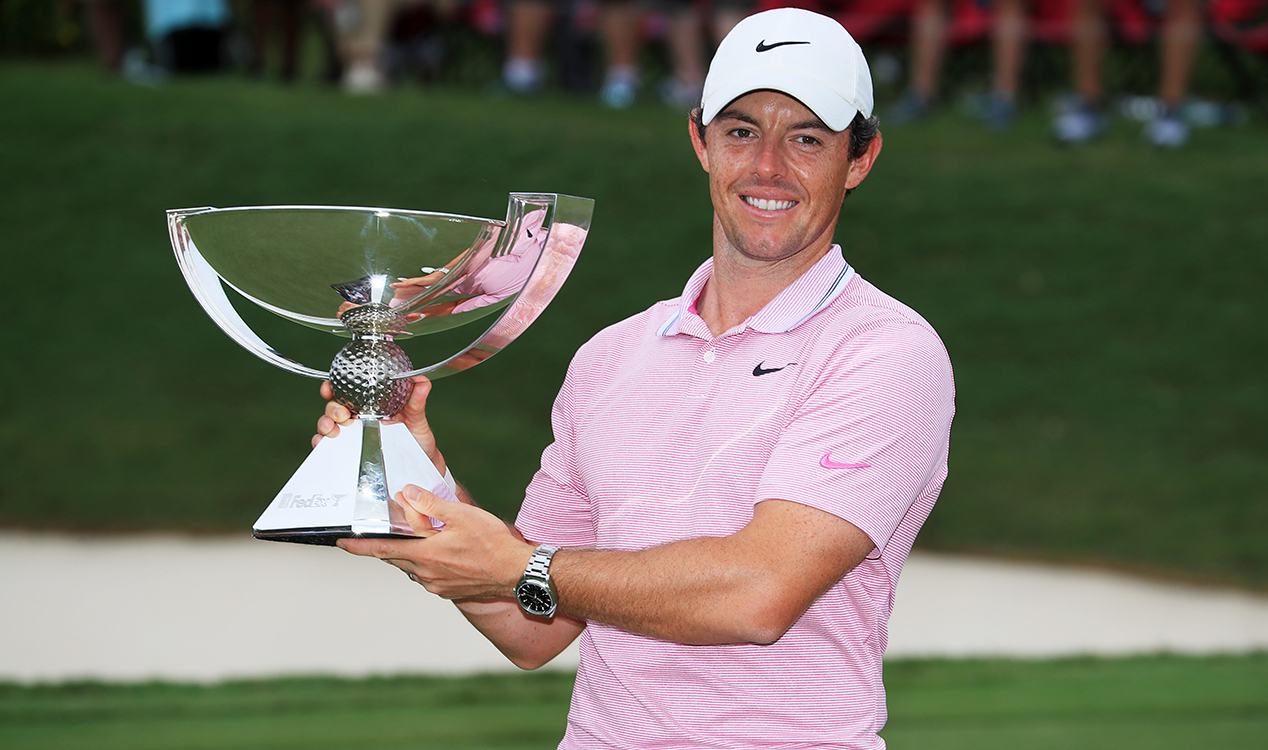 The unprecedented 2019-20 PGA TOUR season will come to a close at East Lake Golf Club with the finale of the FedExCup. Only the top 30 players in the FedExCup standings qualify for the TOUR Championship, which will conclude on Labor Day.

FIELD NOTES: With only the top 30 on the FedExCup standings eligible for the TOUR Championship, there are still a few spots to be confirmed this weekend at the BMW Championship but a few big names have already locked up their return to East Lake… Dustin Johnson, winner of the first leg of the FedExCup Playoffs, is looking for his first FedExCup. This is the 12th consecutive year he’s qualified for East Lake, the longest active streak… Justin Thomas, the season’s only three-time winner, is looking to join McIlroy and Woods as two-time FedExCup champions… Collin Morikawa is hoping to add a FedExCup to his trophy case after winning his first major, the PGA Championship, earlier this summer… Scottie Scheffler is looking to make an appearance at East Lake just one year removed from winning the 2019 Korn Ferry Tour Player of the Year honor. He could become the second consecutive player to win that award and the PGA TOUR’S Rookie of the Year in consecutive seasons (Sungjae Im). Before 2019, Stewart Cink had been the only player to accomplish that feat… Two-time winner this season Webb Simpson will return to action after taking the BMW Championship off. He’s looking for his first FedExCup title… Expect drama this weekend at the BMW Championship as a handful of golfers jockey for one of the 30 coveted spots in the TOUR Championship… Barring a miracle weekend, Tiger Woods will not make it to East Lake for the second year in a row after winning the TOUR Championship in 2018.

COURSE: East Lake Golf Club, 7,319 yards, par 70. The TOUR Championship first arrived at East Lake in 1998 and every TOUR Championship has been contested at the storied facility since 2005. The club, only 15 minutes from downtown Atlanta, is where Bobby Jones played much of his golf growing up. Originally designed in 1908 by Tom Bendelow, it was re-worked by Donald Ross not long after. Rees Jones helped restore Ross’ original design in the early ‘90s.

STORYLINES: The TOUR will once again have a staggered start to the leaderboard come Friday at East Lake. A year ago, Rory McIlroy started five shots back of Justin Thomas but was able to still capture the FedExCup title. Dustin Johnson took the pole position in the FedExCup standings after winning THE NORTHERN TRUST… With just 30 golfers in the field there is much drama ahead and some fun questions still to be answered… Will one of the TOUR’s top dogs stay on top? Can Justin Thomas, after three wins already this season, claim the TOUR’s top prize? Could Brendon Todd come back from golf’s deepest depths and win the FedExCup and possibly be the PGA TOUR’s Player of the Year? Can Dustin Johnson capture his first FedExCup? Or could Rory McIlroy become the first three-time winner of the FedExCup? It will all shake out come next Monday in Atlanta.

LAST TIME: Rory McIlroy won his second TOUR Championship – and second FedExCup – after a four-shot victory at East Lake in 2019. McIlroy, after a 4-under 66 in the final round, topped Xander Schauffele (the 2017 TOUR Championship winner). After McIlroy’s three-win season (he also won the Arnold Palmer Invitational and the RBC Canadian Open) he’d go on to win the PGA TOUR’s Player of the Year honor. Justin Thomas and Brooks Koepka finished T3 at 13 under, while Paul Casey rounded out the top 5, finishing at 9 under for the week. McIlroy also won the 2016 TOUR Championship and the FedExCup that same season.