PALM BEACH GARDENS, Fla. – Justin Thomas showed up to PGA National on Friday with tape on his right wrist and what he said felt like a “dead arm.”

He’s been feeling it since he smacked his 9 iron against a tree during his follow through while escaping trouble on No. 10 in the first round of the Honda Classic.

After Thursday’s 68 he said he was going to need to ice his wrist, and that the shot “just kind of sent a little shock up [his] arm.”

“It’s just sore,” Thomas said Friday after his second-round 74. “Just feels like I have a dead arm the whole day. It just feels like it kind of needs to get popped. Just doesn’t have a lot of strength.”

Thomas said he didn’t get any treatment done after the round and he just took some Advil, but the second he reached for a water bottle this morning, he could feel it.

Thomas added that it’s nothing bad, it’s just annoying. He described it as when a friend punches you in the arm, except it’s felt like that for about seven hours.

Thomas currently sits at 2 over and is flirting with the cut line at the Honda Classic. 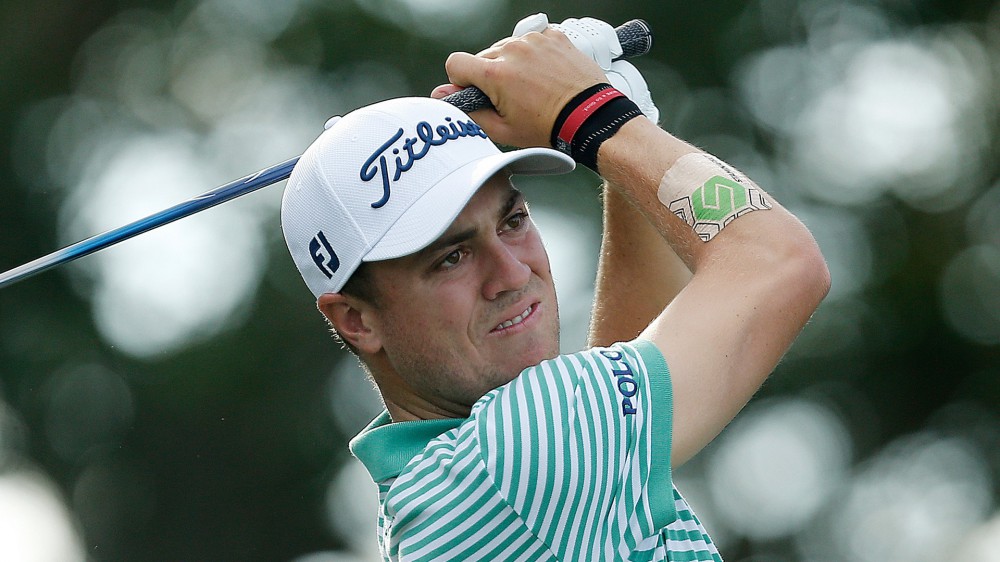