Two years after shooting a 59 and setting multiple scoring records, Justin Thomas is back in Honolulu for the Sony Open in Hawaii. Here’s a look at some of the marquee, early-round tee times at Waialae Country Club where Patton Kizzire will defend his title against a strong field (all times ET):

Kizzire earned his second career win at this event last year in a marathon playoff over James Hahn, and he’ll play the first two rounds alongside a pair of Masters champions. Watson finished near the bottom of the winners-only field last week at Kapalua, while Reed tied for 25th after failing to break 70 on the par-73 layout.

Spieth was a surprise late commit to this field, having often played it on the back end of Maui in years past but having failed to qualify for Kapalua after a disappointing 2018. He’ll make his first start as a married man on a course he knows well, joined by DeChambeau who is coming off a four-win year and a top-10 finish last week and Woodland, who would have taken home the trophy last week were it not for a red-hot Xander Schauffele.

Poulter is making his Sony debut, having added this event as part of a make-good for failing to play in enough events last season. Matsuyama is still looking to get back on track after a difficult 2018 season, where he dropped from fifth in the world to outside the top 20, while Leishman already has a win under his belt this season at the CIMB Classic in Malaysia.

Thomas opened the 2017 Sony with a 59 and cruised to victory from there, setting the Tour’s new 72-hole scoring mark in the process. He tied for 14th last year in his title defense and returns on the heels of a final-round 65 in Maui. Kuchar and Howell both won tournaments in the fall portion of this season, Kuchar at Mayakoba and Howell at Sea Island, and each will tee it up for the second straight week. 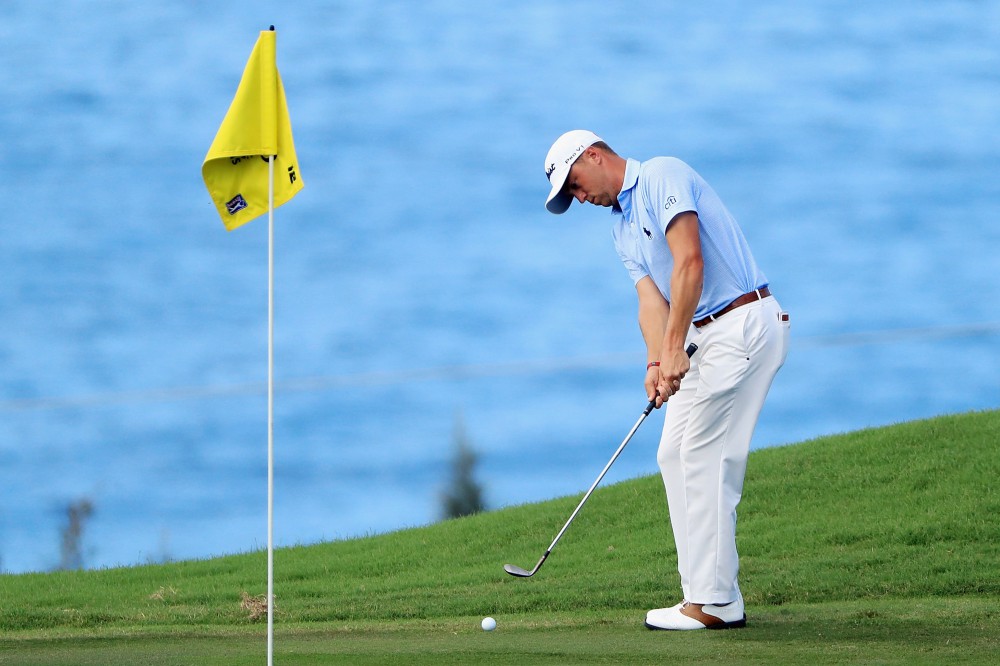