His 9-under total is one shot better than any single round ever posted in the 117 years of the championship. (Click here for highlights)

His 63 equals the championship – and that recorded in any major – record.

Photos: Players who have shot 63 in a major

The previous best U.S. Open score in relation to par was Johnny Miller’s final-round, 8-under 63 at Oakmont in 1973. Miller told Golf Channel, following Thomas’ performance: “Nine under is an unbelievable score even for a regular PGA Tour event, let alone an event with the pressure of the U.S. Open. Justin’s a streaky player, he’s a lot like me, I was a streaky player. He has four wins already in his career with two of them kicking off 2017. This just adds to the fabulous year he’s having.”

It adds to a remarkable year of scoring marks for Thomas, who became the youngest player to shoot 59 in a PGA Tour event at the Sony Open, where he also set the Tour’s 72-hole scoring record (253) winning that event.

Thomas said he wasn’t completely aware of the history he was making as he stepped over his last putt Saturday at Erin Hills.

“I was just trying to get to 63, because that is the magic number,” Thomas said. “I had no idea about [the record] in relation to par.” 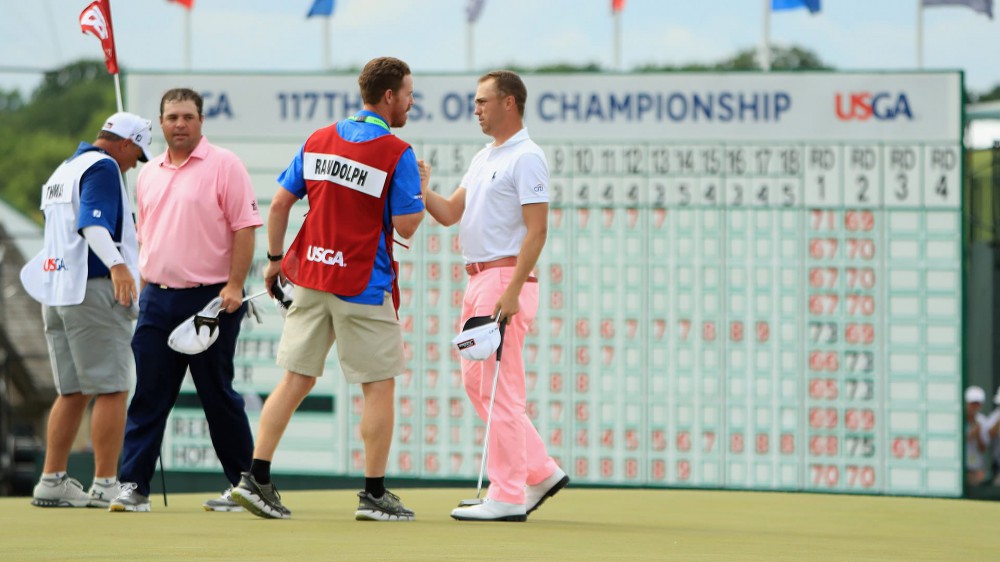