LOS ANGELES – After three and a half days of playing catch-up, the Genesis Open is back on schedule following the completion of the third round early Sunday.

Justin Thomas pulled away from the field with his second-consecutive 65 and moved four strokes clear with a birdie on the 17th hole, but he won’t have much time to reflect on his round with a 2:30 p.m. (ET) final-round tee time looming.

Thomas’ 65 was the best card of the round and included four birdies, an eagle and a shank at the par-4 ninth hole when his approach shot sailed into the 10th fairway. Despite the miscue he was able to make par. 
Watch: Thomas saves his par after a shank

Every now and then you see a Tour pro hit a stone-cold shank. But you typically don’t see it from a guy five clear of the field, and that guy tends not to save his par.

Adam Scott and J.B. Holmes were tied for second place at 13 under and will again be paired with Thomas as officials push to finish the event, which was delayed seven hours on Thursday because of inclement weather.

Tiger Woods, who had already started his fourth round, was tied for 10th place at 8 under par 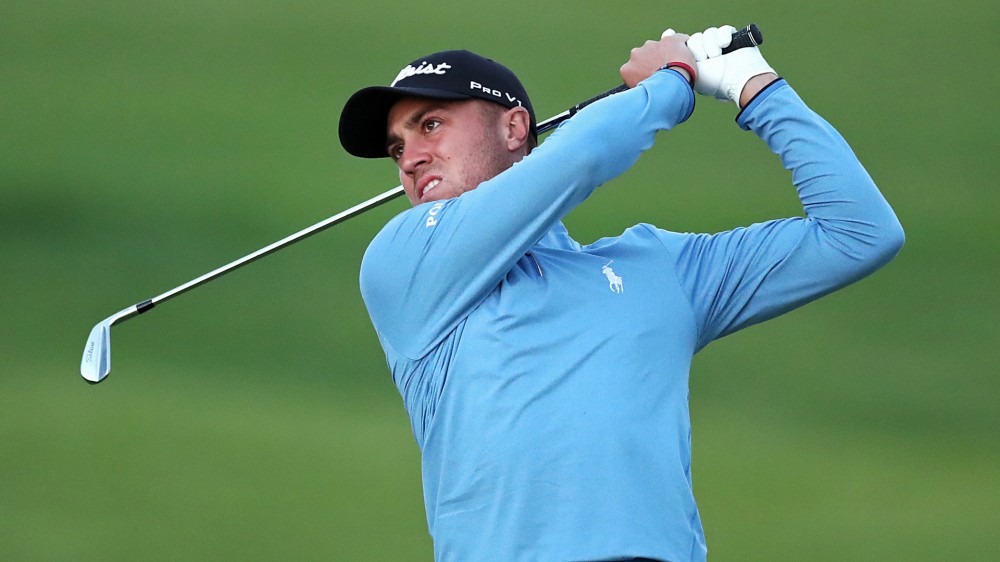 Five players nominated for 2020 PGA TOUR Player of the Year