ST. LOUIS – In the event No. 9 Bryson DeChambeau fails to crack the top eight on the U.S. Ryder Cup points list this week, one highly influential vice captain will be lobbying to take him to France.

Tiger Woods, who has taken to mentoring DeChambeau during multiple practice rounds this year, was quite clear on Tuesday when asked about Bryson’s chances, stating: “We want him on that team.”

In his short time on Tour, DeChambeau has become known as much for his talent as his eccentricty. He’s twice run afoul of the USGA – which outlawed his attempt at sidesaddle putting and just recently took away his compass – and he’s developed a reputation as a slow player, the byproduct of his analytical approach to each shot (as if the use of a compass didn’t make that clear).

But unique personalities often shine in the Ryder Cup. Just look at the success of Ian Poulter and Patrick Reed, who seem to rise to the occasion every two years. Some players just thrive on head-to-head competition.

“Bryson is very analytical, as we all know, but what most of the guys don’t know is how competitive he is,” Woods said. “He is very fiery, very competitive, and that’s the type of person we want on the teams. We want someone who is fiery, who will bleed red, white and blue. We want those type of players on the team.”

DeChambeau picked up the biggest victory of his career earlier this summer, winning the Memorial in a playoff. After cameras caught a histrionic driving-range session at Carnoustie, DeChambeau very nearly followed up the next week with a win at the European Open. But he collapsed down the stretch, playing his final four holes in 5 over and letting his emotions get the better of him. He later apologized and expressed embarrassment in an interview with NBC Sports’ Mike Tirico.

Although the event did not award U.S. Ryder Cup points, a victory would have likely cemented DeChambeau’s status as a captain’s pick. Instead, his implosion raised questions about whether he had just cost himself a berth to his first Ryder Cup team.

The top eight players at the end of this week will automatically qualify for Paris, with Jim Furyk adding his four captain’s picks in September.

“Right now I think he’s sitting at ninth [on the U.S. points list] and needs to have a good week to get in automatically,” Woods added, referring to DeChambeau.

“But we want him on that team. He’s playing great this year, and he’s been very consistent, and he’s still got a little bit of work to do to get on the team automatically. But again, we’re definitely looking at him as a pick, as well.” 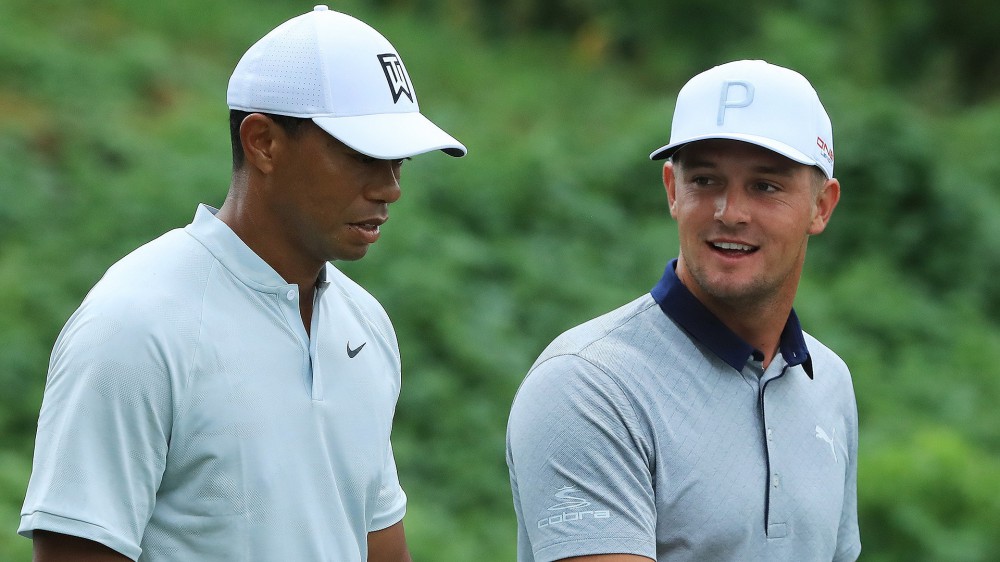