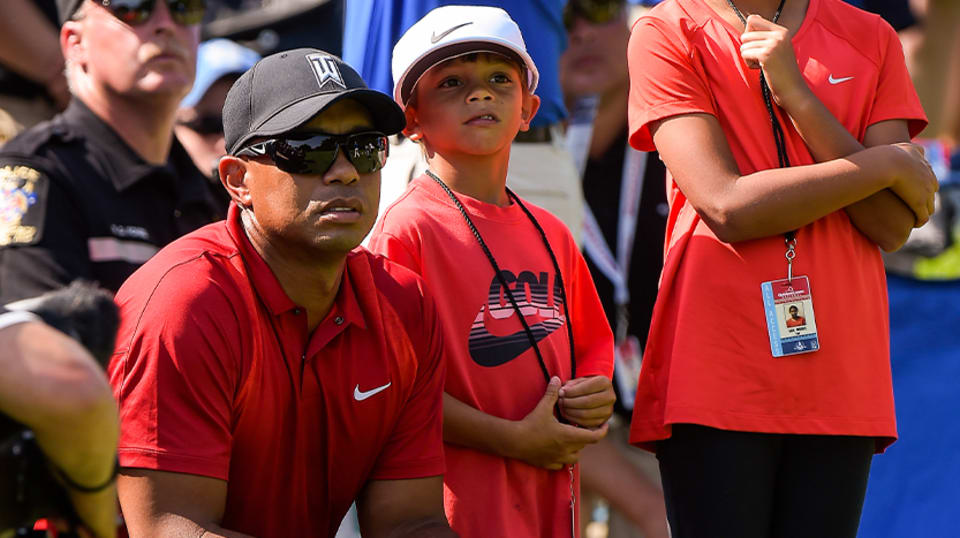 The youngest competitor in the PNC Championship’s history also may be its most anticipated.

Eleven-year-old Charlie Woods will make his debut in the annual exhibition alongside his father, who just happens to own 82 PGA TOUR victories.

Snippets of Charlie’s swing, shot by clandestine cameramen, have been shared on social media but the PNC will be the public’s first opportunity to see his game on display.

The PNC will allow fans to see another side of Woods, as well. He has largely shielded his children from the cameras, but all 36 holes of this week’s event will be televised, allowing us to watch Tiger mentor his son the way Tiger’s dad, Earl, did for him. Earl used to jangle change in his pocket and slam on cart brakes to develop his son’s focus while standing over the ball.

Now the son has become the father, deploying some of Earl’s old tricks and some of his own, too.

Woods has been teaching Charlie in South Florida, and at the Masters gushed about how much fun he’s having. Jack Nicklaus, who knows a thing or two about being a golf dad, said Woods told him at the Champions’ Dinner how he’d put Charlie in a set of blade irons because they are harder to hit and improve hand-eye coordination.

“He says, ‘I’m having more fun out with Charlie and Sam, and watching them do different things and be vulnerable,’” Nicklaus said.

Charlie has already shot under par for nine holes in competition and shares his father’s love of the needle. His competitive side has generated bemused chatter.

“For some reason, Charlie just always wants to beat me, it doesn’t matter what it is,” Justin Thomas, a friend of the Woods family, said at the Mayakoba Golf Classic presented by UNIFIN last week. “Although he’s never beaten me in golf or a putting contest, he still talks trash just like his dad.

“It will be fun,” added Thomas, who also will make his PNC debut with dad Mike, a PGA professional. “We’ll have that like inner tournament within a tournament, trying to shut his little mouth up, but it will be fun.”

In an interview with GolfTV and Golf Digest, Woods confirmed Charlie’s love of the needle, calling his son “a little on the chirpy side, just like I am.”

With the press, Woods has talked about wanting his kids to see him at his competitive best. He ticked that box when he won the 2019 Masters and embraced Charlie on the 18th green the way he and his father Earl had embraced in 1997. “To come full circle,” he said, “from me being with my dad and seeing my son there and the same embrace, 22 years apart, pretty good bookends.”

Now, though, with Charlie taking on more competition, the focus is shifting.

“Yeah, Tiger and I talked about it a bunch,” Thomas said. “He brought it up a while ago that Charlie wanted to play, and Charlie really wanted to play with us. I’ve obviously gotten to know him well, and he knows my dad a little bit as well.”

Thomas admitted he’ll probably be more nervous for his dad than for himself. The same will most likely be true for 82-time PGA TOUR winner Woods, who said that like many golfers, Charlie got more into the game during the pandemic.

“Because everything was shut down, the only thing that was available to us was golf,” Woods said. “He started to pick up golf, but this pandemic allowed us to play more golf and be with one another. And we just started playing a lot, and he started getting the bug for it, and so did I. It kept me competitive, kept me in it when we didn’t have any tournaments.

“But I had a tournament every day with him, and that was the fun part,” he added. “Was just like me growing up with my dad.”

The PNC, which will use a scramble format for all 36 holes, starts Saturday and will air on NBC, Golf Channel and Peacock.