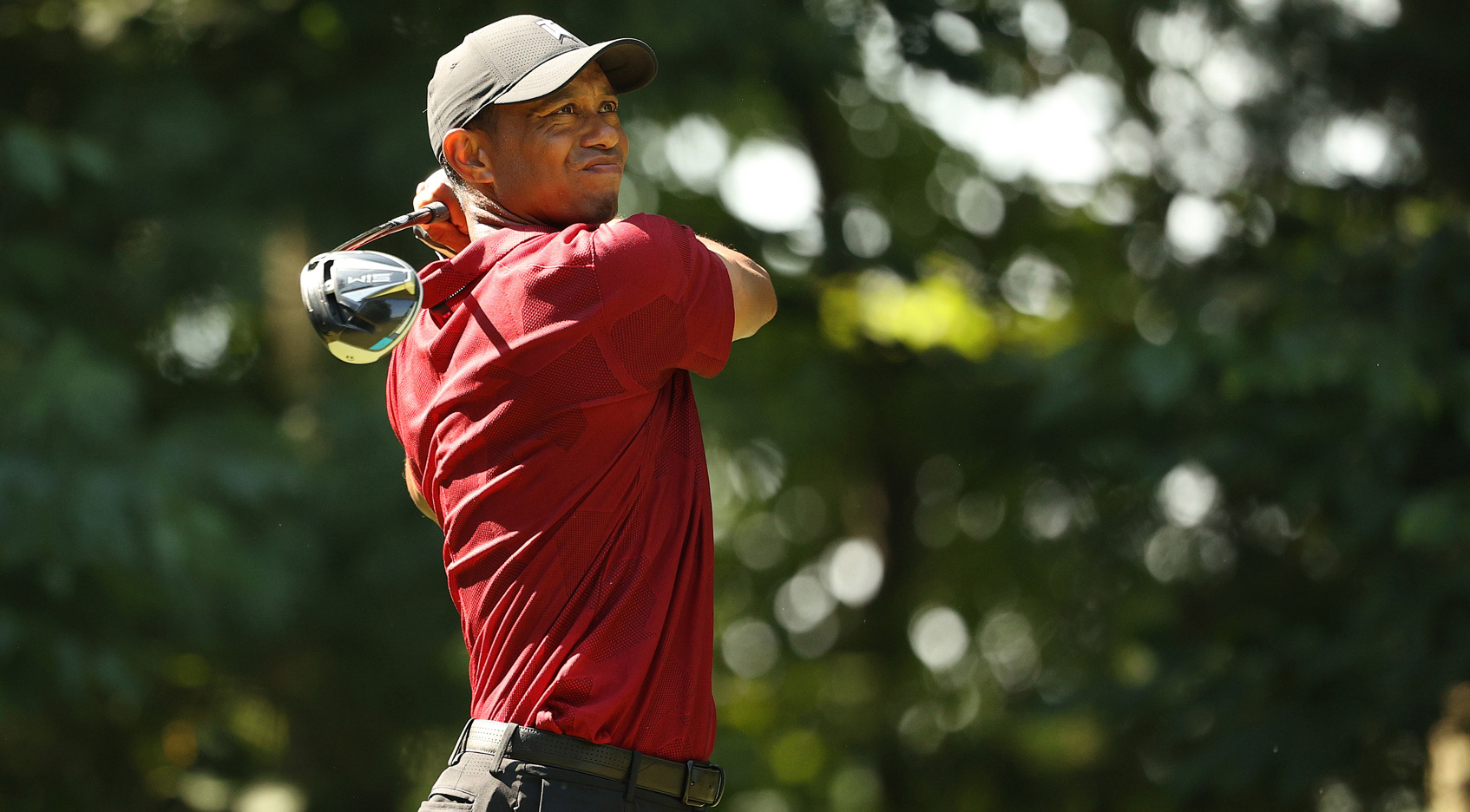 NORTON, Mass. – When you claim you “hit the ball better … putted better … (and that) everything was just cleaner and better,” and you’re still sitting 16 strokes out of the lead, well, it sort of magnifies how poorly the previous rounds had gone.

No argument there from Tiger Woods, whose closing 5-under 66 in Sunday’s final round of THE NORTHERN TRUST made his exit from TPC Boston a little merrier and provided a little more enthusiasm for next week’s FedExCup Playoff, the BMW Championship.

“Today,” said Woods, “was good all the way around.”

Indeed, the numbers support that, as he hit 10 of 14 fairways, 16 of 18 greens, and while he would have preferred to have taken fewer than 31 putts, he did make 100 feet of them. That was a vast improvement from Friday (68 feet) and Saturday (45 feet) when he scored poorly, rounds of 71 and 73 digging a massive hole that left him a whopping 21 strokes behind Dustin Johnson through three rounds.

Not that a round of 66 was going to be called an instant classic, because in this week of deep red numbers, a 5 under effort was ordinary. Indeed, three pairings later, Kevin Na matched the 66, then came a 65 by Troy Merritt and 63 by Robby Shelton.

In other words, the 66 wasn’t going to open much room for Woods, who started the day 67th and was still tied for 55th after signing for 6-under 278. More to his concern, he knew he was going to lose ground in the FedExCup standings.

Having come into the week 49th, Wood was projected to be 55th at the close of his round and while his definitive place will be determined after all the scores are in, he took ownership of his dilemma.

“I wish I would have played a little bit better this week to make it a little bit easier on me next week to try and get into East Lake,” said Woods, who qualifies for the BMW Championship for being Top 70 and would need to be Top 30 to make it into the TOUR Championship.

But, regardless of how he performed here these last four days, Woods knows if he plays well at the BMW Championship and gets into the TOUR Championship, “it’s going to be a busy stretch, either way.” Of course, he is factoring in the U.S. Open, scheduled for September 17-20 at Winged Foot, though it was another U.S. Open he was asked about.

Namely, the 2003 edition, because it was at Olympia Fields some 30 miles south of Chicago and it hardly rates as a memorable experience. “I haven’t been there since the (U.S.) Open, so I need to get back there and take a look at the golf course and see the changes they have made.”

It was his seventh U.S. Open as a professional, and he had already won the major twice. But at Olympia Fields he labored to a share of 20th place – at the time his worst finish as a pro in the national championship. He required 147 strokes on the weekend (75-72) and only three times in the 16 U.S. Open where he’s made the cut as a pro has Woods shot higher in Rounds 3 and 4.

“I didn’t like the rough,” said Woods. “It was one of the weeks I kept laying the club down (translation: he just wedged out of rough all week). Hopefully, it will be a little bit better this week.”