Woods joins Nicklaus as the only player to win a Masters in three different decades.

There were 3,954 days between Woods’ win Sunday and his previous major victory, at the 2008 U.S. Open. That’s the fifth longest span between major titles.

Woods’ 14 years between Masters victories is a tournament record.

Woods won his first major championship when trailing after 54 holes.

At age 43, Woods is the second oldest Masters champion, behind only Nicklaus, who won in 1986 at age 46.

Woods made 22 birdies and nine bogeys en route to finishing 13 under. He played the par 5s in 8 under and the par 3s in 4 under.

He bogeyed the fifth hole in each round, the first time he’s done that in any of his Masters starts.

Woods led the field in greens in regulation (58/72, 81 percent). Seven of those missed greens came in Round 1.

Woods was playing in final group of a major championship for the first time since the 2009 PGA Championship.

Woods is a combined 32 under in his last three majors. He was a combined 37 over in the five major starts before that. 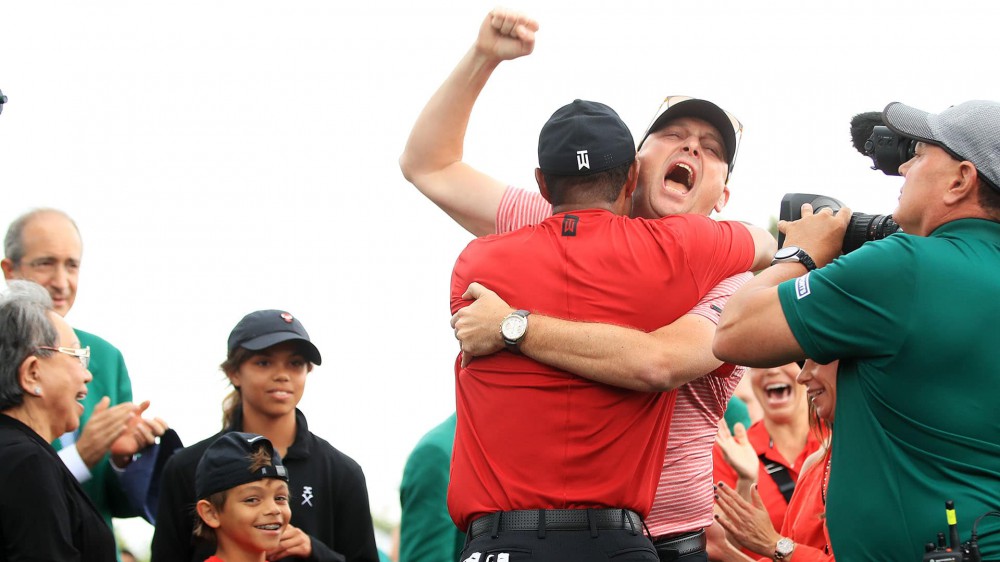 Koepka dismisses half the field, explains why majors are 'easiest to win'