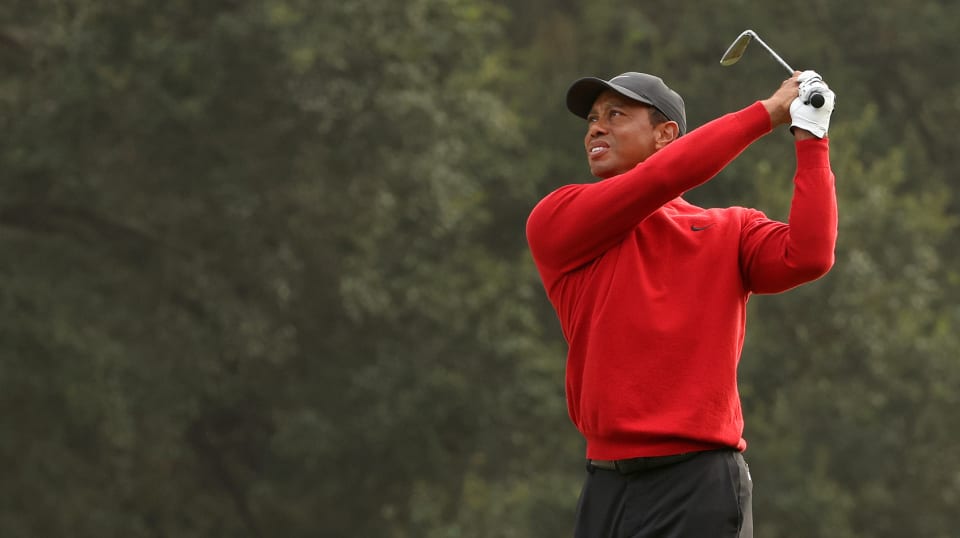 LOS ANGELES – Tiger Woods is in the hospital after being extricated with the “jaws of life” from a serious car accident in Rancho Palos Verdes on Tuesday morning.

The 82-time PGA TOUR winner sustained injuries to his legs and is currently undergoing surgery.

“Tiger Woods was in a single-car accident this morning in California where he suffered multiple leg injuries. He is currently in surgery and we thank you for your privacy and support,” Woods’ agent Mark Steinberg said via statement.

Woods, who was in town to host The Genesis Invitational last week, was driving alone when his car rolled over while traveling northbound on Hawthorne Boulevard the Los Angeles County Sheriff’s Department said via statement.

“On February 23, 2021, at approximately 7:12 AM LASD responded to a single vehicle roll-over traffic collision on the border of Rolling Hills Estates and Rancho Palos Verdes. The vehicle was traveling northbound on Hawthorne Boulevard at Blackhorse Road, when it crashed. The vehicle sustained major damage,” the statement read.

“The driver and sole occupant was identified as PGA (TOUR) golfer Eldrick “Tiger” Woods. Mr. Woods was extricated from the wreck with the “jaws of life” by Los Angeles County firefighters and paramedics, then transported to a local hospital by ambulance for his injuries.”

“We have been made aware of Tiger Woods’ car accident today.  We are awaiting further information when he comes out of surgery.  On behalf of the PGA TOUR and our players, Tiger is in our prayers and will have our full support as he recovers,” Monahan said via statement.

The 45-year-old Woods stayed back after the tournament to film GOLFTV content giving celebrities golf lessons – actor David Spade tweeted about his encounter on Monday.

“It’s sickening,” said Adam Scott, who was watching coverage of the crash from player dining at the World Golf Championships-Workday Championship at The Concession. “He’s our hero out here. You think guys like Tiger and Kobe Bryant are untouchable, but they’re not. I just hope he’s all right.”

Good friend Justin Thomas was visibly shaken when given the news.

“I’m sick to my stomach. You know, it hurts to see one of my closest friends get in an accident. Man, I just hope he’s all right. Just worry for his kids, you know. I’m sure they’re struggling.”

Added Xander Schauffele: “My putting coach called me and told me. The volunteer who gave me a ride showed me a picture of it, and I read they used the jaws of life. The mood has been very quiet, I’d say. Everyone I’ve talked to has been in a strange mood due to the news. I was talking to my caddie about the impact he’s had on the game of golf. It’s not good for us, not good for the game of golf. All we can do is hope that he’s fine and has a speedy recovery.”

On Sunday Woods told the CBS broadcast he was unsure of when he would return from his recent back surgery, a fifth such procedure since April 2017. The last time he played competitive golf was with his son Charlie in December’s PNC Championship.

“I’m feeling fine,” Woods said Sunday. “I’m a little bit stiff. I have one more MRI scheduled so that we’ll see if the annulus (fibrosus) is scarred over finally and see if I can start doing more activities. But still in the gym, still doing the mundane stuff that you have to do for rehab, the little things before I can start gravitating towards something a little more.”