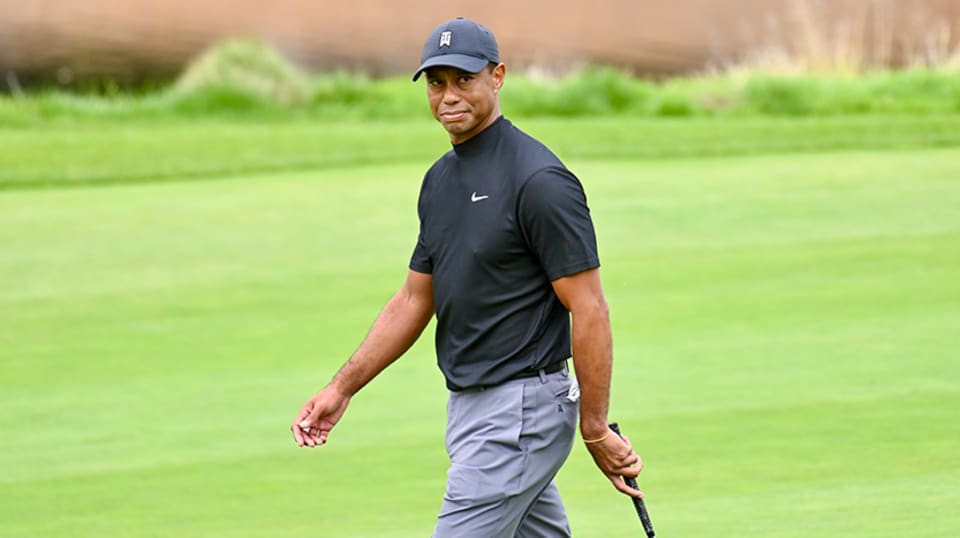 THOUSAND OAKS, Calif. – Matthew Wolff vowed he wouldn’t be too nervous nor would he be trying to impress Tiger Woods in their first competitive PGA TOUR round together. In the end, he did both.

Playing with his idol and fellow Southern Californian Woods, the 21-year-old Wolff shook off a rough start in the ZOZO CHAMPIONSHIP @ SHERWOOD before shooting a respectable 3-under 69. He was matched by another young California kid in the group as 26-year-old Xander Schauffele also showed great poise to rebound from a late triple bogey.

But the veteran 82-time TOUR winner they grew up wanting to be like – well, he had a day to forget.

Woods cobbled together a 4-over 76 in his first hit out since missing the cut at the U.S. Open, leaving the defending champion T75 in a 77-man field. The 44-year-old had a dismal day from the tee box, ranked last in the field in Strokes Gained: Off-the-Tee (-2.770). He hit just seven of 13 fairways.

His usual solid approach game was also missing with Woods ranked 75th in Strokes Gained: Approach the Green (-3.129) as he hit just 10 of 18 greens in regulation. An eight-foot birdie putt on the par-5 2nd hole was one of only three putts Woods made outside of five feet throughout the entire round.

If Woods is to replicate his win from Japan a year ago, he will need to make up a deficit that already stands at 12 shots after Sebastian Munoz opened with a 64 to lead by one over Justin Thomas and Tyrrell Hatton. He has three rounds to do it given there is no cut, but it looks a tough road to navigate even though he’s won at Sherwood five times in the past.

For Wolff, it was a rollercoaster to remember. Having grown up nearby the young star has played Sherwood on numerous occasions, but never in competition this serious, and never with Woods.

This was the legend he matched by winning the NCAA National Championship and a PGA TOUR event in the same year. They – along with Ben Crenshaw – are the only three to ever manage the feat. So Wolff was wary of falling into the trap of trying to impress the player he once used to watch from the galleries at Sherwood hoping for an autograph or even just a wave.