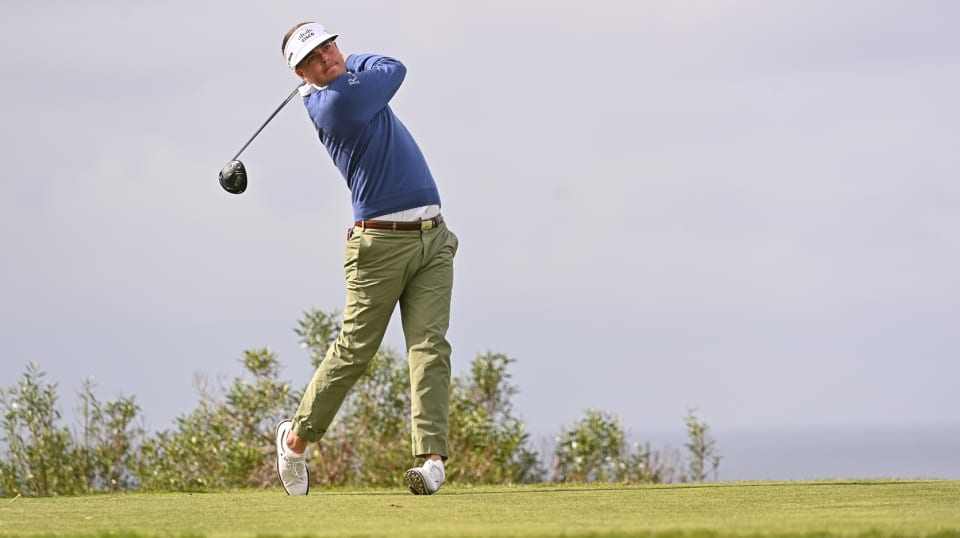 Jon Rahm is, and always has been, a Call of Duty guy.

When he was a kid growing up in Barrika on Spain’s northern coast, Rahm and his older brother had, at one time or another, the first three PlayStation consoles. But that didn’t mean they could play every day.

RELATED: Sign up for the PGA TOUR’s eSeries here

“We were only allowed to play in summer,” Rahm says. “During the school year and Christmas, not really — and we had to get good grades and earn it.”

Most of his friends played, too, and Rahm enjoyed the social aspect of the game as much as the challenge of mastering the skills necessary to be competitive. He finds that the game helps him relax and while he’d rather win, of course, if he doesn’t, it’s not that big of a deal.

“I stress enough on the golf course as it is,” Rahm says.

The 26-year-old, who graduated from Arizona State, says he’s found the sense of community to be particularly important during the isolation of the pandemic.

“Sometimes you can just go in public games, play with different people,” Rahm explains. “It’s just a way to do things — especially during this COVID era, it was great because you can’t do anything else. It was a way to do some activity together while we were at home.”

That sense of community is one of the things the PGA TOUR is targeting with today’s launch of the PGA TOUR 2K21 Society eSeries in conjunction with the Waste Management Phoenix Open at TPC Scottsdale.

There are currently over 66,000 players in the 2K21 Society of on-line gamers who will have the opportunity to compete in 14 official events, concluding with the TOUR Championship Sept. 2-5 at East Lake Golf Club where the winner of the FedExCup will be determined.

Each eSeries event will consist of four 18-hole rounds of stroke play. Gamers can put on their headsets and compete on their favorite consoles like PlayStation, Xbox, Nintendo Switch and PC (Steam) and win virtual currency depending on their performance – just like TOUR pros earning FedExCup points that week.

Now that his roommate has moved, though, Frittelli doesn’t have a console. He’s debating about buying a PlayStation or Xbox. But at the same time, he also realized how addicted he can get after filling out a questionnaire in a psychology class during his junior year at Texas.

One of the questions was: How much time to you spend gaming each day? Frittelli’s answer? Well, he estimated it was probably 90 minutes to two hours.

“I was like, Ooh, hang on, two of my 24 hours,” Frittelli says. “I’m in college, and I’m using that for playing games. And that’s when I realized that I somewhat had a problem.”

So Frittelli backed off a little. But he really loves the competition.

“It takes my mind off of golf and life and other things,” Frittelli says. “It’s all about outsmarting someone. There’s so many different game formats that you can choose from. So, it was all about knowing what the setup is, what weapons you’re using, how it’s going to work and just knowing the map better than someone else and outsmarting the people you’re playing with.”

Beyond the competition, though, video games like PGA TOUR 2K21 can create friendships across cyberspace. Carlos Ortiz and Harold Varner found that out two years ago when they started playing Call of Duty with a college student from Mexico named Arturo.

It was a random “meeting” – Varner, who was just getting into the game, was playing with two friends from his hometown of Gastonia, North Carolina. Arturo, who started playing in 2012 and was by far the most talented player of the four, was assigned to their team.

After a network error jettisoned one of Varner’s friends from the game, Arturo brought a friend in to play and translate. Ortiz later joined the team, and the four ended up meeting at the 2019 Mayakoba Golf Classic where Arturo caddied for Varner in the pro-am.

Before they met, though, the two TOUR pros had sent Arturo new gaming equipment. He thought he would have to sell it, though, after his father suffered a heart attack on Arturo’s 22nd birthday and died five days later.

The death certificate mistakenly listed Arturo’s father as single which meant his mother wouldn’t get his pension money. So, Arturo asked Preston Lyon, Varner’s agent who also plays on thatCall of Duty team, if he could sell the equipment to pay for the funeral while the wheels of bureaucracy turned. Instead, Lyon sent $800 to cover the expenses.

“I think we’ve learned more about life from him,” Ortiz told PGATOUR.COM’s Cameron Morfit, “than he has from us. We want to help him. We want to see him grow.”