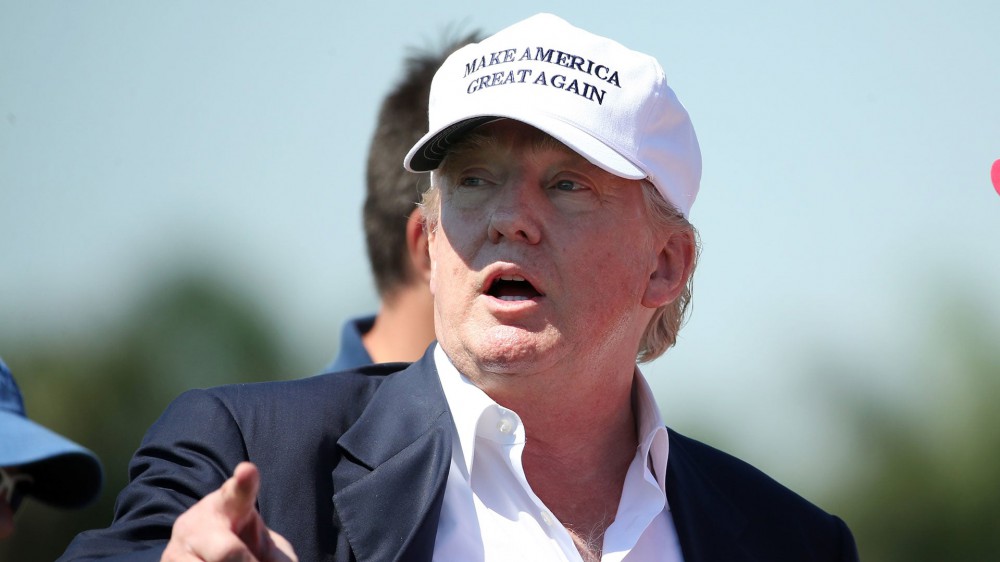 He is headed to the U.S. Women’s Open and expects to arrive sometime Friday afternoon.

The president made the announcement on Twitter Friday at 10:16 a.m.

Left Paris for U.S.A. Will be heading to New Jersey and attending the#USWomensOpen, their most important tournament, this afternoon.

Trump will become the third sitting president to attend a USGA event, the first to attend the U.S. Women’s Open.

The championship is being played at one of Trump’s courses, Trump National Golf Club in Bedminster, which locals have come to call Trump’s “Summer White House.” There are living quarters here, which Trump has visited twice already this year, in May and June.

Trump’s hosting of the championship comes with considerable controversy. UltraViolet and several other activist groups are protesting the USGA’s decision to play the women’s championship at a Trump property, with those groups accusing Trump of sexism and degradation of women. The Bedminster library has been designated by Somerset County officials as the First Amendment gathering place for both Trump protesters and supporters. It is four miles east of the front entrance to the golf course.

Two-time major championship winner Brittany Lincicome put words to concerns about how the president’s arrival might affect the event and change the focus of the championship.

“Hopefully, maybe, he doesn’t show up, and it won’t be a big debacle, and it will be a bout us and not him,” Lincicome told the Chicago Tribune three weeks ago.

Grilled on Trump’s possible appearance in pre-tournament news conferences this week, one player after another said her focus was on golf, with players uniformly declining to weigh in with any opinions on Trump.

USA Today reported earlier this week that President Trump threatened to sue the USGA if it tried to move the U.S. Women’s Open away from his property. USGA executive director Mike Davis told the newspaper it would be “inappropriate if I said that it happened or didn’t.” Davis said the organization was prepared if Trump did attend.

“If he does come, we would certainly welcome him,” Davis told GolfChannel.com on Wednesday. “Since our beginning in 1895, we’ve only had [two] sitting presidents come to an event, and we’ve never had a sitting president come to the U.S. Women’s open. Out of respect for the office, regardless of what side of the aisle you sit on, we would welcome that.”

Davis was asked if fans should expect Trump to present the trophy on Sunday should he attend.

USGA officials said Friday morning it was uncertain what kind of access media might have to President Trump once he arrived. There is a helipad on the property, which Trump has used for visits in the past.