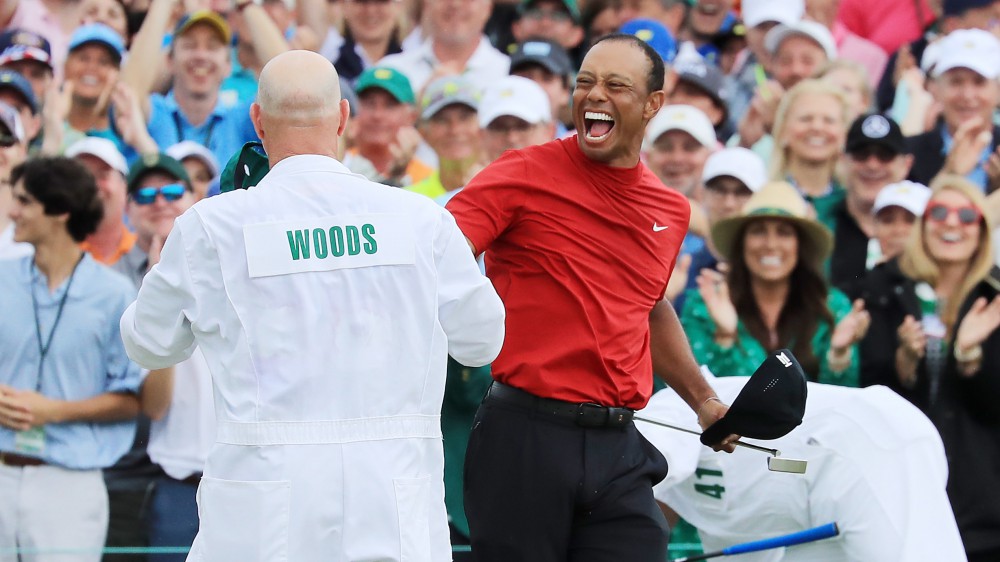 Forty-eight hours after the dust settled on Tiger Woods’ fifth green jacket, I felt compelled to jot down (more than) a few things I loved about the magical week at Augusta National. So, in honor of Tiger’s 15th major championship, here are the 15 things I’ll remember most from the 83rd Masters:

1. “Fore please, Tiger Woods now driving.” Those six words on the first tee each day got me. Every time.

2. I’ll remember that the fifth hole has now become his nemesis, much like the first hole was in the past. Four consecutive bogeys (at 5) vs. four consecutive pars (at 1).

3. The lone walk across Hogan Bridge after the horn blew late on Friday. Tiger had just hit it to 5 feet on the 12th hole and Augusta National was buzzing. But, once they resumed play 15 minutes later, he missed the damn putt.

4. The poor security guard that slipped and tripped Tiger on the 14th hole on Friday. This will, rightly so, get lost in the shuffle, because he ultimately won, but it was a big deal at the time. Tiger, of course, made birdie from 28 feet.

5. The drive at 13 on Saturday. No clue how that didn’t end up in the left trees. Instead it was sitting up nicely in the second cut. He punched it up the fairway and made birdie. Birdies followed at 14 and 15 and changed everything.

6. The two-putt at No. 9 on Sunday from 70 feet. It looked like the putt would come up 20 feet short, but it kept trickling and ended 6 inches from the hole. Joey said it was the biggest key to the final round.

7. Francesco Molinari hitting it into Rae’s Creek on Sunday at the 12th hole. Still can’t believe it. Won’t ever believe it. But it happened. The tournament was altered in an instant.

8. Sunday’s tee shot on 16. It was game over. The near-ace added to his already-incredible history on that hole.

9. One roar will stick with me, in particular. The scoreboard operator on the 18th hole took about 15 seconds before slamming the “14” next to Tiger’s name after the birdie at 16, indicating he had a two-shot lead with two holes remaining. Chaos ensued.

12. Players waiting for Tiger by the scoring room, mainly those wearing their green jackets. Past champions were watching the action from the Champions’ Locker Room and decided to don their jackets and go greet the man who was about to wear it for a fifth time. It was a wonderful, deserved gesture.

13. Georgia peach ice cream sandwiches. They were the fuel that got me through the week.

14. Joey sitting in the cargo area of the Mercedes SUV, the flagstick from 18 tucked safely behind him.

15. The last thing he said all week: “Yeah, I’m excited about Show and Tell at school.” It’s one of the most charming things he’s ever said in the press room, and it was the perfect stamp on one of the greatest comebacks in sports history.