TT Postscript: Dead last through 54 but 'definitely not alarming'

NASSAU, Bahamas – This just isn’t Tiger Woods’ week at the Hero World Challenge. The host played his first three holes on Saturday in 3 over par and never really recovered. Some thoughts and observations from Day 3 at Albany.

• After three days of indifferent play on the greens, Tiger’s issues Saturday had more to do with his performance off the putting surface, starting at the second hole when he skipped his second shot at the par 3 over the green (bogey) and needed three attempts from a swale left of the third green to get the ball on the putting surface (double bogey). “The ball doesn’t really sit up, it’s kind of nestled, and with as grainy as it is, the hardest part is you have to hit the ball up,” he said of chipping at Albany.

• There were some highlights including birdies on two of his final four holes, but he finished the day with a 72 and was 14 shots off the lead. “I got off to a great start today,” he joked. “Yeah, just one of those days where I kept feeling like I was fighting from behind and somehow wound up with even par.”

• Tiger rekindled his pairing with Bryson DeChambeau from the Ryder Cup with familiar results. The duo lost both matches they were paired together in France, 5 and 4, and on Saturday they combined to shoot 1 under par.

• Even though it hasn’t been the week he’d hoped for, Tiger did acknowledge that there is no reason to panic. “No, it’s definitely not alarming, for sure,” he said. “I just haven’t played clean.”

• Tiger will have something to play for on Sunday. He can move back into the top 10 in the World Ranking for the first time since August 2014 with a finish of seventh place or better. Currently at 18th, out of 18 players, he would remain 13th in the world. 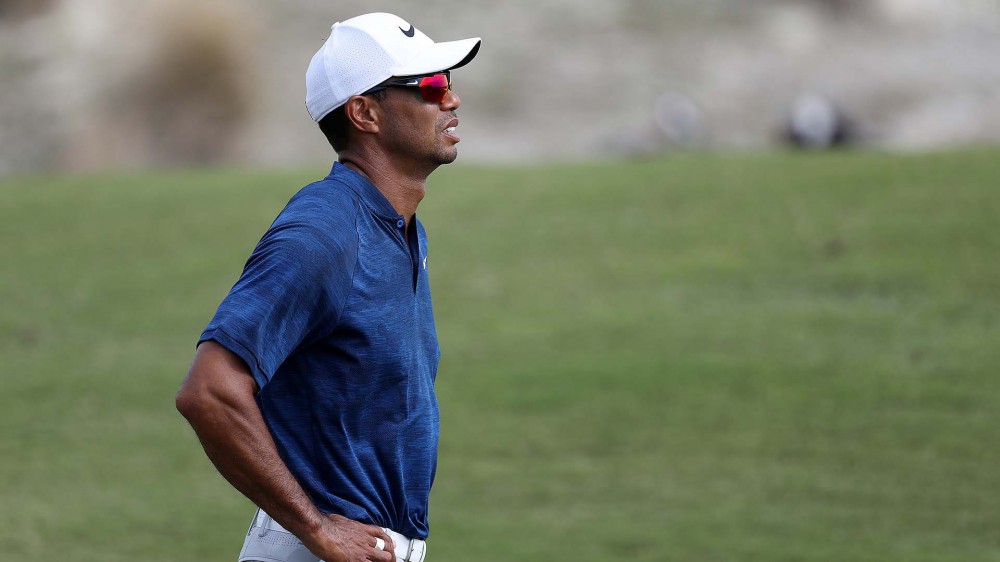