AUGUSTA, Ga. – All 70s are not created equal at Augusta National, but the first-round score from Tiger Woods at the 83rd Masters seemed fairly easy on a day where there were not many low scores:

· I’m no swing expert – I think that’s been well established – but Tiger looked so free and easy with the driver in his hands. It was a sight to behold. His misses were not bad, there was nothing wild and everything was nicely in control.

· The final stats made this round look a little sloppier than it really was. He hit nine of 14 fairways, 11 of 18 greens and took 27 putts.

· The putting. Oh, the putting. He missed four putts inside 10 feet. Now, two of them were not bad misses, but two of them were. And those two were in consecutive holes. He missed 5-footers on both the fifth and sixth holes, which would’ve been to save par and make birdie, respectively. Both were awful strokes. He made one from the same short distance on the par-4 seventh to save park.

· After making birdie on the par-5 13th hole, Tiger just stole another birdie on the par-4 14th hole from out of nowhere. His tee shot leaked a little left and he was lucky not to have more tree trouble than he did. He hoisted a wedge way into the sky, over the trees in his way and plopped the ball within 25 feet of the hole. It was a great recovery that was made greater when he drained the birdie putt for a second consecutive birdie. This got him to 3 under par and into a tie for the lead. The patrons, as they call them here at Augusta National, were highly delighted. Tiger Woods tied for the lead Thursday with this birdie at 14. It’s almost as if he was just laying up to an angle and a number off the tee.

· The biggest bummer of the day came on the penultimate hole, the par-4 17th. Tiger hit his drive a little right, leaving him 190 yards to the hole. He hit a decent recovery onto the front, left portion of the green and couldn’t get up and down. He missed a 9-footer for par to drop back to 2 under par and out of the lead.

· Looking ahead, Tiger goes off at 1:49PM ET on Friday for the second round. It’s the second to last tee time of the day, just ahead of Rory McIlroy. The wind is expected to pick up progressively throughout the day, so it could be a bit of a chore out there. 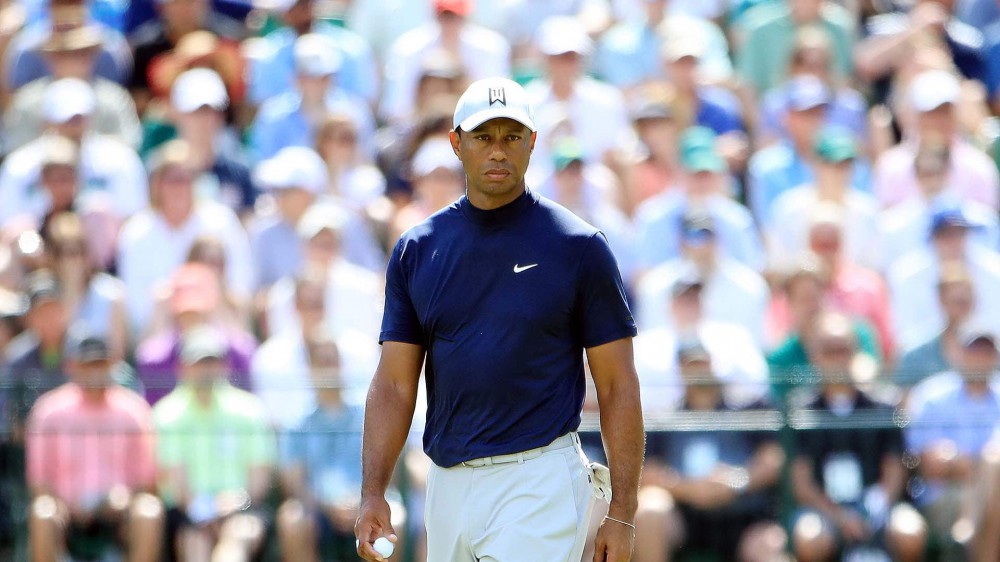